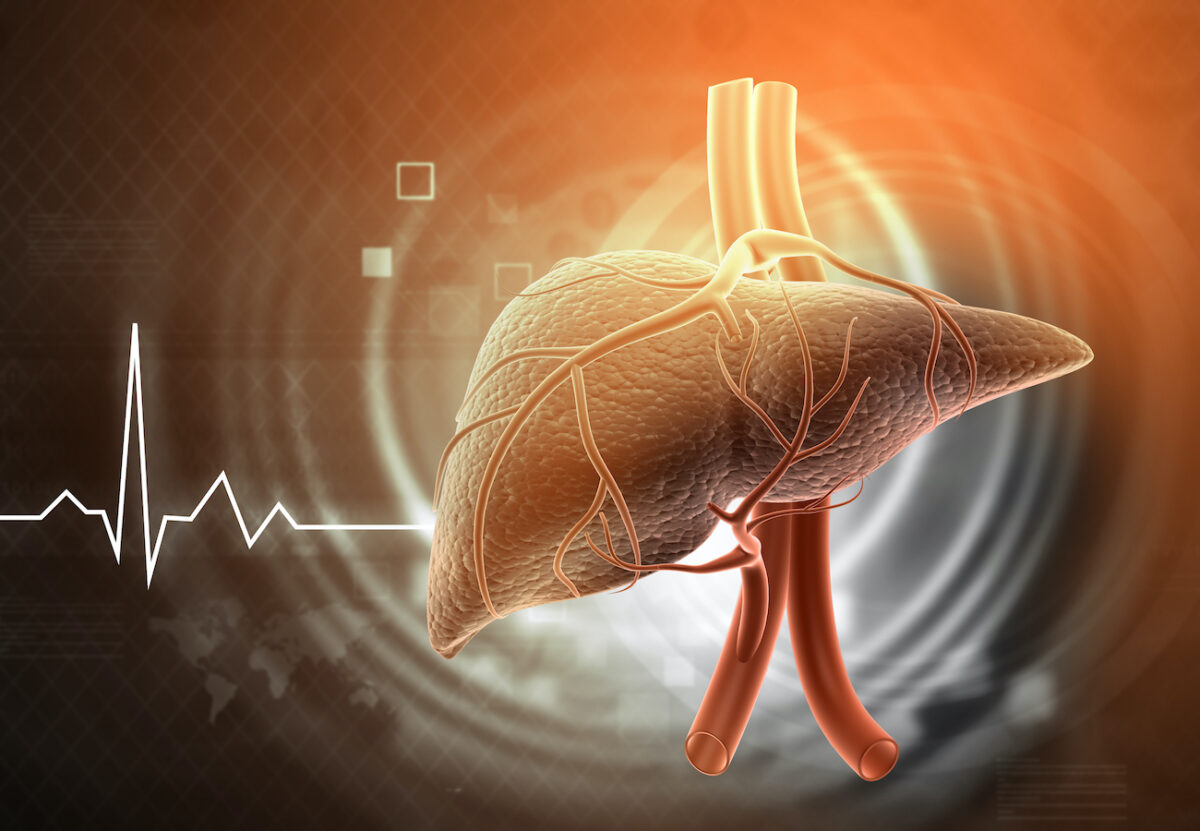 Endocrine disruptors have far-reaching effects, including on our liver, researchers say

In this series, we explore how medical science, modern medicine, and lifestyles have taken us to an unhealthy extreme, and what alternatives and solutions may exist.

By now, most people know about endocrine-disrupting chemicals, or endocrine disruptors, and their dangers, but they may not be aware of their links to the most common liver disease of our time.

These chemicals mimic and disrupt hormone function and lurk in our food packaging, furniture, cleaning products, building materials, drinking water, gardens, cosmetics, and more. Many EDCs became popular when plastics replaced wood and other more expensive natural substances in manufacturing. EDCs that work as flame retardants became popular when much of the nation started smoking more than 50 years ago and fatal home fires began to occur more frequently.

Last summer, medical acupuncturist Emma Suttie spoke to Epoch Times readers about the 12 worst endocrine disruptors, the damage they can cause, and how we can try to avoid them. Because endocrine disruptors are “ubiquitous and people are exposed to them simultaneously, studying their health effects is complex and the long-term health consequences remain unclear,” she wrote.

Epoch Times readers have also recently heard about the role endocrine disruptors may play in obesity. Obesogens, a type of EDC, are found in personal care products such as makeup, shampoos, and soaps and are often overlooked as factors in obesity when only the roles of diet and nutrition exercise are generally taken into account.

We also recently reported that higher concentrations of a type of EDC known as monoethyl phthalate, or MEP, in pregnant women were correlated with obesity in their offspring, specifically increased body fat. ‘BMI. [body mass index]waist circumference and percentage of body fat in children between the ages of 5 and 12”, regardless of the sex or age of the child at the onset of puberty.

These widely available chemicals are known to cause cancerous tumors, birth defects, and changes to the brain and immune system, as well as obesity and puberty in those exposed to it. Today, scientists identify a new disease linked to endocrine disruptors, non-alcoholic fatty liver disease, or NAFLD.

NAFLD—A Disease on the Rise

Non-alcoholic fatty liver disease is the most common liver disease in the world. Marked by excess bigaccumulation in hepatocytes, the main cells of the liver, it is seen especially in people who are Overweight or obese. NAFLD cannot have symptoms at first, but can lead to diabetes, high blood pressure, kidney disease, heart problems in people with diabetescirrhosisand even liver cancer. No specific medication treats NAFLD, but doctors can treat accompanying high blood pressure, high cholesterol, obesity and type 2 diabetes.

As cases of NAFLD rise, scientists are investigating the role of gut microbiota in its development.

“Gut microbiota are involved in gut permeability, low-grade inflammation, and immune balance, modulate dietary choline metabolism, regulate bile acid metabolism, and produce endogenous ethanol,” reads a study. from 2013 published in the journal Clinical Microbiology and Infection. “All of these factors are molecular mechanisms by which the microbiota can induce NAFLD.”

Since endocrine disruptors affect so much many bodily systems – hormonal, endocrine, respiratory, nervous and immune systems – it’s no surprise that they also affect the gut microbiota.

“Exposure to EDCs induces a range of changes, including microbial dysbiosis and induction of xenobiotic pathways and associated genes, enzymes, and metabolites involved in EDC metabolism,” the scientists write in a 2020 paper in the review Nutrients. “Products and by-products released as a result of microbial metabolism of endocrine disruptors can be absorbed by the host; therefore, changes in the composition of the microbiota and in the production of microbial metabolites could have a major impact on host metabolism and disease development.

Obesity and poor Western diets may cause NAFLD, but endocrine disruptors clearly add insult to injury by wreaking additional havoc on the gut microbiota.

NAFLD can be caused by epigenetic changes

Research published in Nature Reviews Endocrinology in 2017 confirms that there is a “growing epidemic” of NAFLD in westernized countries and that endocrine disruptors may be a factor. But while the researchers write that endocrine disruptors have the “potential to influence the initiation and progression of a cascade of disease states associated with fatty liver disease“, they do not implicate the gut microbiota as drivers of the disease. NAFLD, but rather indicate epigenetic changes – alterations in the script that shapes the behavior of the genome and decides which genes are turned on and off.

Researchers conjecture that the well-known ability of endocrine disruptors to alter the activity of estrogens, glucocorticoids, thyroid hormone T3 and other nuclear hormone receptors alter epigenome itself – the gene script which can then be passed from cell to cell and to the next generation without actually altering the DNA of the genome.

Such a genetic script, in which a person’s behaviors and environment actually alter how their genes work, is the key element that drives epigenetics and changes gene expression over time. This process is thought to be at the root of some of today’s most stubborn diseases. For example, research published in the Iranian Biomedical Journal in 2016 suggests that an EDC epigenetic change in cells called DNA methylation is correlated with Alzheimer’s and Parkinson’s diseases, schizophrenia, autoimmune and neurological disorders, and cancers.

The appeal of EDCs

EDCs have become intrinsic in the manufacturing, food packaging and furniture industries due to their efficiency and low cost. They are incorporated into personal care products and cosmetics because consumers love the colors and scents that EDCs can produce. However, as consumers become more educated about the dangers of endocrine disruptors, not only can they protect themselves from certain dangers, but they can also reduce the demand for these harmful products and their manufacture. For example, “phthalate-free” now appears on the label of some personal care products, which is a direct result of consumer buying preferences.

As with leaded gasoline and asbestos, regulators have been slow to recognize the harms of endocrine disruptors. But awareness of their danger is growing, especially as new conditions such as NAFLD are linked to chemicals.

How to Avoid Endocrine Disruptors and Their Many Harms

The link between NAFLD and endocrine disruptors is another reason to urge our lawmakers and public agencies to better regulate and ban the worst of these substances outright. But as regulation continues to lag behind research that raises concerns for human health and safety, incorporating these lifestyle measures can help protect you from exposure to these ubiquitous and unwanted chemicals.

2) Avoid fragrances in personal care products, even in your laundry and dish soaps.

3) Avoid cooking with plastic and storing food inside.

4) Wash your hands often; they can touch and transmit EDC chemicals.

6) Avoid cans – cans are often coated with bisphenol A, commonly known as BPA.

8) Say no to thermal receipt paper, which is often coated with BPA.

9) Read the labels on everything and maintain a high level of suspicion.

10) Vacuum with a HEPA filter and dust frequently with a damp cloth to reduce EDC contamination in your home. Furniture has often been made with flame retardants, which are EDCs.

11) Reduce the use of herbicides and pesticides.

12) Make sure you eat enough iodine, which can protect against EDC perchlorate.

14) Try to buy foods in bulk that are not packaged; wash the products well.

15) Avoid black plastic kitchen utensils. Apart from EDCs, they can also be made from recycled e-plastic waste.

19) Avoid clothing that has been treated to make it waterproof or stain resistant.

Martha Rosenberg is a nationally recognized journalist and author whose work has been cited by the Mayo Clinic Proceedings, the Public Library of Science Biology, and National Geographic. Rosenberg’s FDA exhibit, “Born With Junk Food Deficiency,” established her as a top investigative journalist. She has lectured extensively at universities across the United States and resides in Chicago.