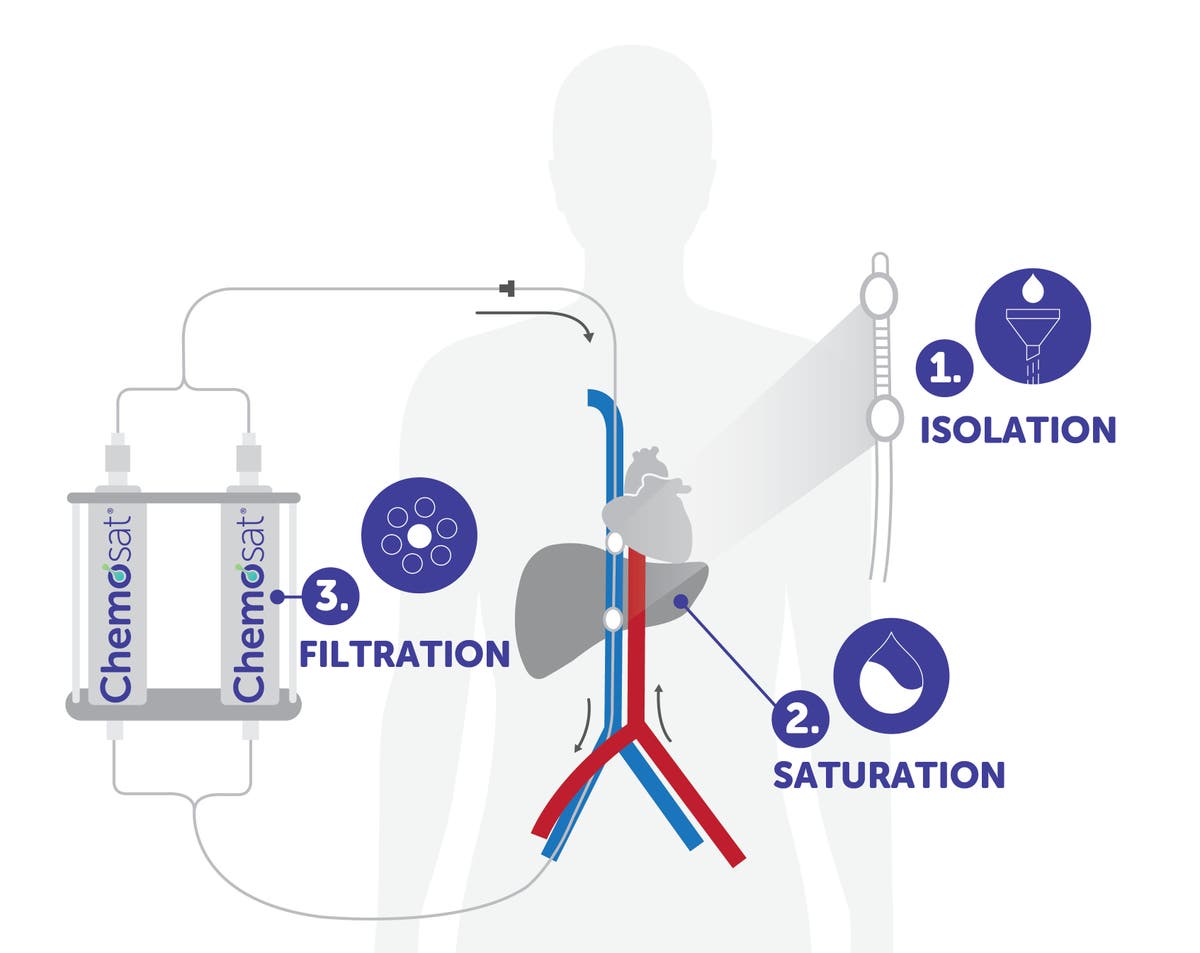 A new treatment against liver cancer “effective in 90% of patients”

A new treatment for liver cancer that isolates the organ and “baths” it in chemotherapy has been shown to be effective in nearly 90% of patients.

The procedure developed in the UK at Southampton University Hospital involves using two small balloons to divert blood from the liver for an hour while delivering drugs directly into the organ.

Known as chemosaturation therapy or percutaneous hepatic perfusion (PHP), the technique allows doctors to deliver much larger doses of drug than patients would receive with standard chemotherapy because it does not enter the circulation blood and do not cause unnecessary damage to healthy parts of the body.

After the drug has been delivered, blood from the liver is drained from the patient and processed through a filtration machine to reduce toxicity before being returned to the patient via the jugular vein.

In a study published in the journal Melanoma Research, the team found that liver cancers were controlled in 88.9% of patients who received chemosaturation therapy, with 62% surviving for a year and 30% after. two years.

Dr Stedman, co-founder of the PLANETS cancer charity which helped fund the research, said: “When we first tested this treatment on two patients in 2012, I said the development would be a watershed moment in cancer care, and it really turned out to be, given these results.

“This treatment allows us to cut an organ from the body for 60 minutes, soak it in a high dose of medicine, then filter the blood almost completely clean before returning it, and its arrival was essential.

“The outlook for patients specifically with cancer that has spread to the liver is notoriously poor because the effect of standard chemotherapy is limited by the unwanted damage the drug does to the rest of the body.

“Chemosaturation therapy offers the possibility of repeat intervention and these results demonstrate that it provides excellent short- to medium-term disease control with improved survival.

“With such a large series of results, it also proves the safety of the system, with patients feeling back to normal within days and maintaining an excellent quality of life during treatment avoiding many of the unwanted side effects of standard chemotherapy. .

“This new approach demonstrates the ability of science and technology to harness the power of imaging and target cancer treatment to areas where treatment is needed, while avoiding the unwanted damage caused by conventional chemotherapy. or surgery on normal tissue.”

A PLANETS spokesperson said the average survival time for those studied was 15 months, but in some cases, continuous cycles of chemosaturation treatment almost completely cleared patients’ cancers.

He added: “However, although it was included in the treatment options available by the National Institute for Excellence in Health and Care (Nice) last year, there are currently no services commissioned by the NHS.”

Study co-author Neil Pearce, consultant hepatobiliary surgeon and co-founder of PLANETS, said: “While we currently only have evidence for this treatment in liver cancer that has spread to From the eye, these findings may now open the door to future studies with other hard-to-treat cancers affecting the liver and we are exploring potential new research trials.

“There has also been limited research and case reports of other cancers – including bowel, breast, pancreatic and neuroendocrine – from international centers that suggest potential benefit but should be evaluated more formally. in large clinical trials.

“But these findings show that there is real potential for this treatment to expand to more common cancers, which is very exciting.”

Sight: warning signs in the eyes may indicate diabetes or liver disease