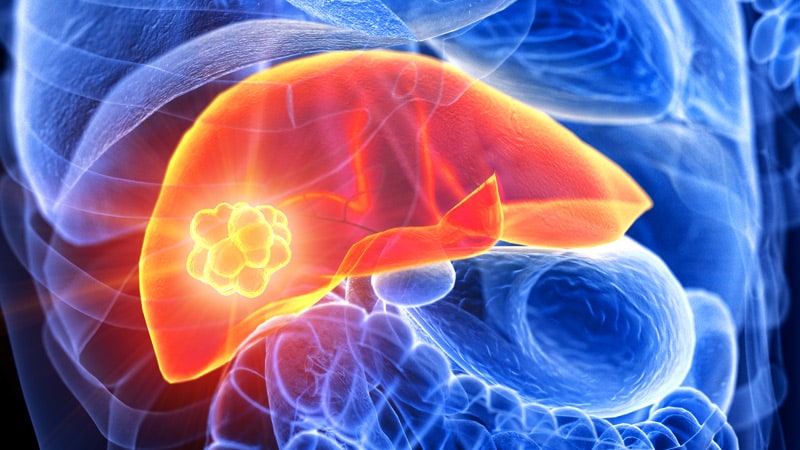 The combination of the two approaches was “safe and effective for patients with advanced hepatocellular carcinoma and demonstrated remarkable improvements in overall survival, progression-free survival, and overall response rate, as well as acceptable toxicity” , did he declare.

The results of the study were presented here at the Gastrointestinal Cancers Symposium (GICS) 2022.

Discussing the abstract, Anthony B. El-Khoueiry, MD, of the University of Southern California, Norris Comprehensive Cancer Center, Los Angeles, said the results are “intrusive” and he congratulated the researchers for achieving this. study.

“This reinforces the feasibility of liver-targeted and systemic combination therapy,” he said.

“However, this does not change the standard of care in the United States,” he warned.

“The backbone of systemic therapy is not the standard of care, and the design of this study was suboptimal to answer the question of whether adding liver-directed therapy to the Advanced HCC improves outcomes,” he added.

EL-Khoueiry pointed out that these new results from the LAUNCH trial contrast with two studies looking at liver-directed therapy plus systemic therapy. Both of these previous studies used sorafenib, one using Y-90 and the other conventional TACE.

Besides the fact that they used sorafenib and not levantinib, another difference was that LAUNCH’s patient population was younger than in the other two studies. Additionally, most patients in the LAUCH trial had hepatitis B and received more TACE treatments than in previous studies. “It can be argued that perhaps the treatment selection was more optimal,” commented El-Khoueiry.

The LAUNCH study involved 338 treatment-naïve patients with advanced HCC from 12 hospitals in China who were randomized to receive either lenvatinib plus TACE (n=170) or lenvatinib alone (n=168).

In his discussion of the abstract, El-Khoueiry noted that the LAUNCH trial had several limitations, one being the heterogeneity of the patient population and potential imbalance. “There is little information regarding the burden and distribution of extrahepatic disease,” he explained. “Another limitation is that the younger population – the majority of whom have hepatitis B – limits the broad applicability of the result and has a potential impact on low treatment dropout rates.”