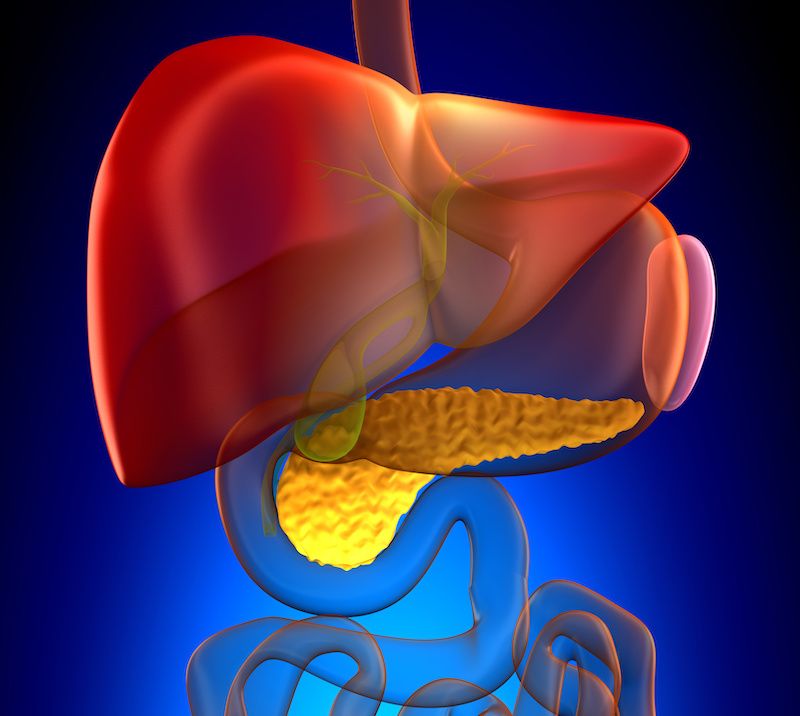 The rare disease can easily be confused with hepatocellular carcinoma, but immunohistochemical studies can help accurately diagnose intrahepatic sarcomatoid cholangiocarcinoma.

A report published in Frontiers in surgery details a case of intrahepatic sarcomatoid cholangiocarcinoma (s-CCC), a very rare malignancy of the hepatobiliary system, in a 32-year-old man who is the youngest patient with s-CCC. The case report aims to provide insight into the diagnosis and treatment of the disease, as well as raise awareness to facilitate an accurate diagnosis of s-CCC in relation to other hepatobiliary cancers.

A subtype of intrahepatic cholangiocarcinoma, s-CCC accounts for less than 1% of all hepatobiliary cancers. Although its pathogenesis is not well understood, s-CCC can affect various organs including the urinary tract, uterus, thyroid, breast, skin, pancreas, lungs, upper digestive tract, and gallbladder biliary. It is easily confused with hepatocellular carcinoma (HCC) and other malignancies of the liver, and the most common symptoms are nonspecific, such as fever and abdominal pain. Accurate diagnosis of s-CCC requires immunohistochemical staining to differentiate it from other liver cancers.

The highest risk group for s-CCC primarily includes patients over the age of 40, and the case report of a 32-year-old individual represents the youngest s-CCC patient recorded to date. The patient presented with occasional pain in the upper abdomen and nausea at night, but without other symptoms such as fever or chills. He was seen in another hospital and found an occupation in segment 5 of his liver 3 days prior. He had a history of chronic hepatitis B for more than 20 years and had been on entecavir therapy, but had no notable family history.

A physical examination was uneventful and serum alanine aminotransferase (ALT), serum carcinoembryonic antigen (CEA), alpha-fetoprotein (AFP), serum total bilirubin, and serum aspartate aminotransferase (AST) were all within normal limits based on initial laboratory results. It was previously thought that abnormalities in common serological markers, including CEA and AFP, distinguished s-CCC, but this case and several other studies suggest that these markers are unreliable. CT scans showed a hypodense mass in segment 5 of the patient’s liver, and MRIs showed a mass of similar size.

The patient underwent a laparoscopic segmentectomy of segment 5 and a cholecystectomy. Recovery was smooth with no bleeding events or biliary fistulas, and the patient was discharged after 8 days. Histology reports identified a primary high-grade malignancy that showed patchy necrosis and abundant lymphocytic infiltration, but no infiltration into nerves, vessels, or the hepatectomy margin.

“Immunohistochemical examinations further showed positive staining for Vimentin, CK19, CK7, CD34 (vessels), CD31 (vessels) and PD-L1 while results for AFP, Glypican-3, CK20, PD-L1 and HepPar -1 were negative,” the authors wrote. “The latter, as a hepatocyte marker, helps distinguish cholangiocarcinoma and metastatic liver carcinoma from HCC and as such has diagnostic value.”

With the diagnosis of s-CCC confirmed, the patient was started on adjuvant treatment with albumin-paclitaxel in combination with gemcitabine for 8 cycles. At 17 months postoperative, there was no recurrence.

Relevant case reports and series were also reviewed by the authors to better understand the common features of s-CCC, and 76 cases were identified in PubMed. Most patients in the dataset reported their primary complaints, and the most common was abdominal pain. It was more common than fever and weight loss. In immunohistochemical analyses, HepPar-1 and AFP were found to be useful diagnostic markers based on data from 50 patients.

“Electron microscopy is also used to diagnose s-CCC neoplasms and in this case, regardless of their hepatocytic origin, tumors are characterized by the presence of microvilli and basement membranes,” the authors wrote. “Therefore, based on the results of electron microscopy, immunohistochemistry as well as histological examinations, sarcomatoid cholangiocarcinoma can be accurately diagnosed.”

Tumor treatment data were available for 74 patients, of whom 35 (47.3%) underwent surgery. Radiotherapy or chemotherapy was administered in 15 cases (20.3%) and 8 patients (10.8%) received supportive treatment or palliative care. Five patients (6.8%) underwent surgery plus chemotherapy or radiotherapy, 2 (2.7%) had transcatheter arterial embolization, 1 (1.3%) underwent viscum album treatment and 1 (1 .3%) had chemotherapy by transcatheter arterial infusion and surgical treatment. Seven patients (9.5%) were not treated. Of 73 patients for whom follow-up data are available, 44 (60.3%) experienced disease progression leading to death and 15 (20.5%) survived. The disease recurred in 12 patients (16.4%) and 2 patients (2.7%) were lost to follow-up.

Overall, the report highlights the need for established guidelines for this rare disease, as well as further research into the effectiveness of chemotherapy or radiation therapy for these patients. The progression of s-CCC is still unclear and surgical resection with or without adjuvant chemotherapy remains the standard treatment route.

Liver cancer can cause pain around the right shoulder blade