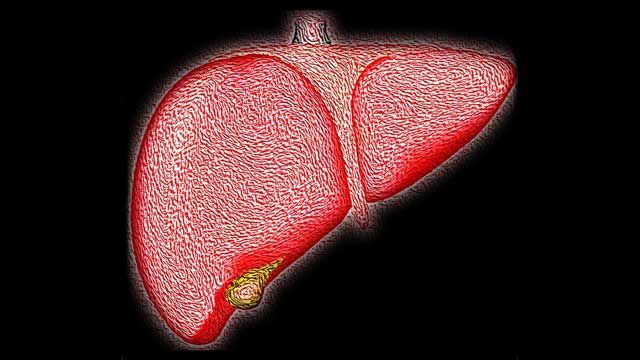 Causes of liver cancer are changing around the world

The main causes of liver cancer are well known: viral (hepatitis B and C), alcohol and non-alcoholic steatohepatitis (NASH), a condition in which fat builds up in the liver, leading to inflammation and chronic damage.

But in an article published on June 3, 2022 in Cell metabolisman international team of scientists, led by researchers at the University of California, San Diego School of Medicine, says the etiologies of liver cancer are changing – and the prognosis is mixed.

On the positive side, advances in hepatitis B (HBV) vaccination and the greater availability of antiviral therapies have reduced HBV-associated liver cancer. On the negative side, alcohol consumption and the prevalence of obesity (another risk factor) are increasing dramatically.

“The impact of these changes on the global burden of liver cancer is not yet clear,” said lead author Rohit Loomba, MD, director of hepatology at UC San Diego Health and professor of medicine. at UC San Diego School of Medicine.

One thing hasn’t changed: liver cancer continues to kill. It is the third leading cause of cancer death worldwide. In 2020, more than 830,000 people worldwide died from the disease, with around 30,000 deaths in the United States alone.

Loomba and his colleagues used the methodology of the Global Burden of Disease Study, an ongoing research collaboration involving more than 3,600 researchers in 145 countries, to study the global incidence of liver cancer, and more specifically, global changes and regional in the causes of liver cancer.

The prevalence of liver cancer is uneven around the world. In 2019, for example, liver cancer death rates were highest in Asia (including countries like China, Japan, Thailand and Mongolia) and lowest in most of Africa. .

The causes of liver cancer varied measurably around the world. Age-standardized death rates (ASDR) from HBV-associated liver cancer declined between 2010 and 2019, likely due to successful vaccination campaigns, antiviral therapies and programs to reduce aflatoxins, a family toxins generated by fungi found on agricultural crops, such as corn, peanuts and cottonseed.

The only region where ASDR increased was in the Americas, possibly due to underdiagnosis of liver cancer cases and a lack of awareness of the disease, the authors wrote. HCV-associated cases have also declined due to the availability of highly effective oral antiviral therapy, except in the Americas.

NASH was the fastest growing cause of liver cancer death worldwide, particularly in the Americas, due to rapidly rising obesity rates. The prevalence of obesity in the United States in 2017 was 42.4%, according to the Centers for Disease Control, compared to 30.5% in 2000. The researchers said the incidence of liver cancer due to NASH is expected to increase further in the United States, Europe and Asia. over the next 10 years, followed by rising obesity rates.

Alcohol was the second fastest growing cause of liver cancer, again with the largest increase in the Americas. Global per capita alcohol consumption is expected to increase further, particularly in Western Pacific and Southeast Asian countries.

“In California and particularly in San Diego, cirrhosis due to both NAFLD and alcohol-associated liver disease is on the rise and is a significant cause of liver cancer,” said Loomba, director of the NAFLD Research Center at UC San Diego School of Medicine.

(NAFLD stands for non-alcoholic fatty liver disease, an umbrella term for a range of liver conditions that affect people who drink little or no alcohol. Like NASH, it increases the risk of liver cancer.)

“We are developing better ways to treat these two conditions earlier to reduce the burden of disease and trying to better screen those at higher risk of developing liver cancer by offering better and more personalized screening strategies. Early recognition and prompt treatment are needed to improve outcomes.

This article was republished from the following materials. Note: Material may have been edited for length and content. For more information, please contact the quoted source.

Insurer must pay $5.2 million to woman who caught STD in car