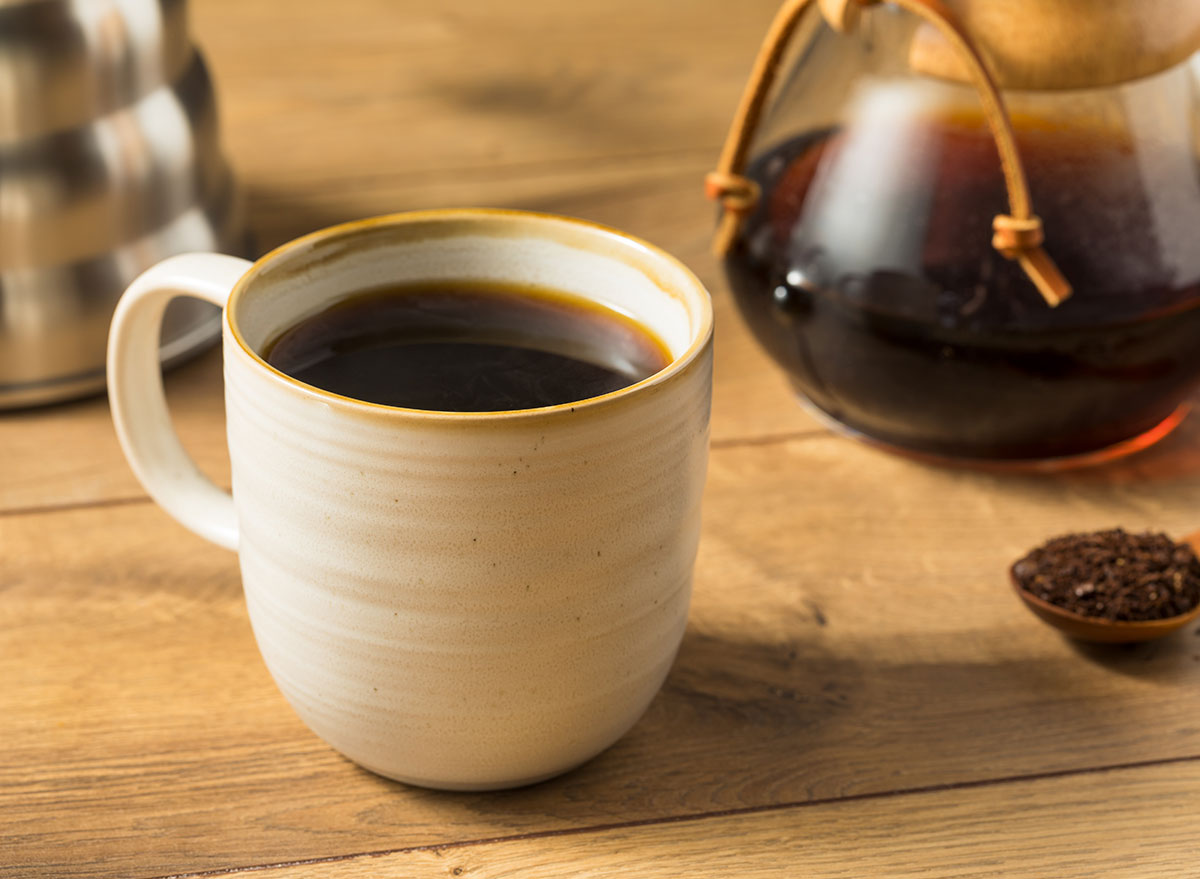 Coffee Consumption Has a Major Effect on Your Liver Health, New Study Finds

Many Americans need at least one cup of coffee to start their day, however, others may drink double or triple it. Historically, drinking many cups of coffee has been frowned upon, as research has shown that consuming too much caffeine can cause headaches, anxiety, and even reduced fertility in women. However, a new coffee study tolerates the consumption of three to four cups of caffeinated and decaffeinated coffee per day.

“Coffee is widely available, and the benefits we see from our study may mean that it could offer a potential preventative treatment for chronic liver disease,” said study author Dr Oliver Kennedy, which is part of the University of Southampton’s medical school in the UK, in a statement shared with CNN. “This would be particularly useful in countries with low income and less access to health care and where the burden of chronic liver disease is greatest,” Kennedy said.

The study looked at coffee consumption among nearly 495,000 participants in the British Biobank (a biomedical database and research resource) for almost 12 years. The maximum benefit was seen in the group who drank ground coffee, however, those who drank instant coffee saw some benefit as well. Researchers believe this is because ground coffee contains higher levels of two antioxidants, kahweol and cafestol, which have been shown to anti-inflammatory properties.

This isn’t the first study to show the potential health benefits of a cup of java on your liver. In fact, a 2017 study led by the same study author found that drinking coffee reduced the risk of hepatocellular cancer, which is the most common form of liver cancer. Other studies have shown that coffee can reduce the risk of type 2 diabetes, cardiovascular disease, and heart failure.

Of course, it’s important to note that most of these studies are done on black coffee, so if you add creams or sweeteners it can negate the drink’s benefits.

To learn more, be sure to check out Side Effects of Caffeine Consumption, According to Science.