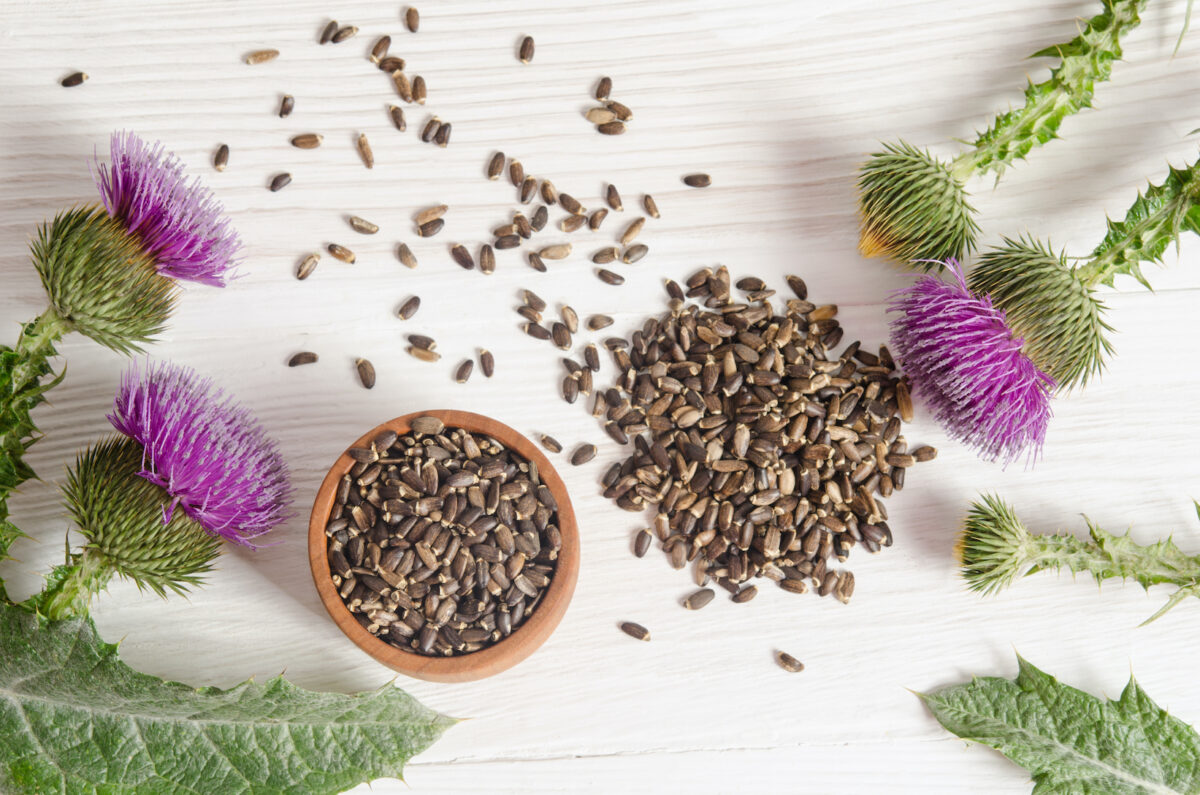 Detox your liver, protect yourself from cancer and stabilize your blood sugar with this plant

Milk thistle, with its distinctive purple flowers and long, spiny leaves, has long been touted for its liver-healthy benefits and detoxifying prowess.

Milk thistle and its healing properties were first described by Greek physician Dioscorides in 40 AD Dioscorides was a physician, pharmacologist, botanist, and author of De Materia Medica, a five-volume Greek encyclopedia describing medicinal plants that was the main pharmacological text 16 centuries. He was employed as a physician and surgeon in the armies of the Roman Emperor Nero, which gave him the opportunity to travel widely, studying the characteristics, distribution and medicinal properties of many plants and minerals.

Also known as silybum marianum, milk thistle is native to the Mediterranean region and is a member of the daisy or Asteraceae family. Milk thistle is found in the eastern United States and California, South America, Africa, Australia, and Asia.

Milk thistle plants can grow up to 10 feet, with broad leaves with distinctive milky white veins. Some cultures believe that veins come from a drop of Virgin Mary’s milk, which is why it is sometimes called Our Lady’s Thistle, Blessed Milk Thistle, St. Mary’s Thistle, Sacred Thistle , the thistle of the Virgin and the crown of Christ.

Milk thistles are hardy plants and like to grow in dry, rocky soil, preferring full sun or light shade. Milk thistle produces purple flower heads that bloom from June to August in the Northern Hemisphere or December to February in the Southern Hemisphere.

For over 2,000 years, milk thistle has been used as a liver tonic and to treat other liver diseases, such as jaundice, cirrhosis, hepatitis and poisoning, as well as to cleanse the liver of alcoholism and drug addiction. Milk thistle also stimulates appetite, treats psoriasis and is used by nursing mothers to increase milk production and lactation.

The medicinal properties of milk thistle come from the seeds inside the fruit which contain a bioflavonoid complex called silymarin composed of silybin (also spelled “silibinin”), silydianin and silychristin.

“Silybum marianum or milk thistle (MT) is the most studied herb in the treatment of liver disease,” reads a research review published in Phytotherapy Research in 2010.

Milk thistle cleanses the liver of toxins, is used for overeating or abusing recreational drugs or alcohol, treats jaundice and cirrhosis, and has a protective effect on the liver, helping it to regenerate healthy liver cells after damage.

Because milk thistle is used to increase the secretion and flow of bile from the liver and gallbladder, it can be used for all issues involving the gallbladder, including the prevention and treatment of gallstones.

An antidote to poisoning

Death caps can be fatal and medical treatment is essential within 72 hours of ingestion. Death cap poisoning can cause acute liver failure, a cap containing enough poison to kill a human. Having milk thistle in your garden or yard is a great way to protect yourself and your family from accidental poisoning from a variety of sources.

Milk thistle also shows promise in the fight against cancer. A study published in the World Journal of Gastroenterology shows that the main bioactive compound found in milk thistle, silibinin, may suppress the growth of cancerous liver cells. The study shows that silibinin significantly reduced the development of several human hepatoma cell lines. They were also able to demonstrate that silibinin mediates anticancer effects on the liver by:

This study indicates that silibinin could be used to prevent the development of liver cancer, which is one of the most common cancers in the world.

Milk thistle has also been shown to stop the inflammatory chain known to promote lung cancer progression, according to a study published in Molecular Carcinogenesis. The researchers found that tumor growth is halted when this chain is broken and metastatic growth stops. Silibinin from milk thistle has been shown to break these inflammatory chain reactions. The study authors concluded that naturally occurring products such as silibinin could be as effective as today’s best lung cancer treatments.

As a galactagogue (lactation inducer), milk thistle has long been known to help nursing mothers produce more milk for their babies. Galactagogues increase the flow of breast milk. A study shows that women treated orally with the famous milk thistle bioflavonoid complex, silymarin, saw an 85.94% increase in daily milk production. No negative effects were reported and it was very well tolerated by all participants.

According to the Centers for Disease Control and Prevention (CDC), about 37 million people in the United States have diabetes, or more than 11% of the population. Fortunately, milk thistle has been shown to stabilize blood sugar and help with type 2 diabetes, and it may offer a more natural solution for people struggling with the condition.

Clinical studies have shown that the high levels of antioxidants in milk thistle help lower blood sugar levels in people with insulin resistance.

A study published in the Journal of Diabetes Research found that the antioxidant and anti-inflammatory properties of milk thistle silymarin significantly reduced fasting glucose levels in participants with diabetes.

Another study from the Institute of Medicinal Plants found that diabetic patients who received silymarin extract over a period of four months showed significant improvement in fasting blood sugar and insulin levels compared to patients who had received a placebo.

Diabetes is the body’s inability to produce (type 1) or respond (type 2) to the hormone insulin, resulting in too much sugar in the blood and urine. Because the liver plays a role in hormone metabolism and the release of insulin into the bloodstream, milk thistle is likely helpful due to its healing and protective effects on the liver.

It is the seeds of milk thistle that are used for their medicinal benefits. Da ji is available in capsule and extract form, and tinctures can be found at many health food stores. If you can collect milk thistle seeds from wildflowers, they can be ground and added to food or made into tea.

Risks and side effects

Milk thistle is generally considered very safe to use and has very few reported side effects. That said, always be cautious if you have health conditions, take medications, or have seasonal allergies, especially to plants in the daisy or Asteraceae family. If you want to start taking milk thistle – or any other supplement – always start with lower doses to see how you tolerate it, then slowly increase the dose, paying close attention to any reactions. If this occurs, discontinue use and consult a healthcare practitioner.

In recent years, milk thistle’s popularity has grown, perhaps due to the public’s desire for more natural approaches to chronic disease and the popularity of liver detox. In fact, one report predicted that the 10-year forecast for milk thistle supplements is estimated at $204 million by 2032.

With milk thistle’s massive list of medicinal benefits and growing public distrust of Western drugs and treatments, it seems prudent to look to nature – where a large percentage of pharmaceutical drugs come from – for meet as many of our health needs as possible. Milk thistle is easy to grow in most places with plenty of sunlight, and harvesting its seeds can help solve many of the health problems we face in the modern world.

Because a healthy, well-functioning liver is vital for so many processes in the body, milk thistle — with its cleansing, detoxifying, and liver-protecting effects — seems like a great thing to grow in your garden.

Emma Suttie is an acupuncturist and founder of Chinese Medicine Living, a website dedicated to sharing how to use traditional wisdom to live a healthy life in the modern world. She’s a lover of the natural world, martial arts, and a good cup of tea.