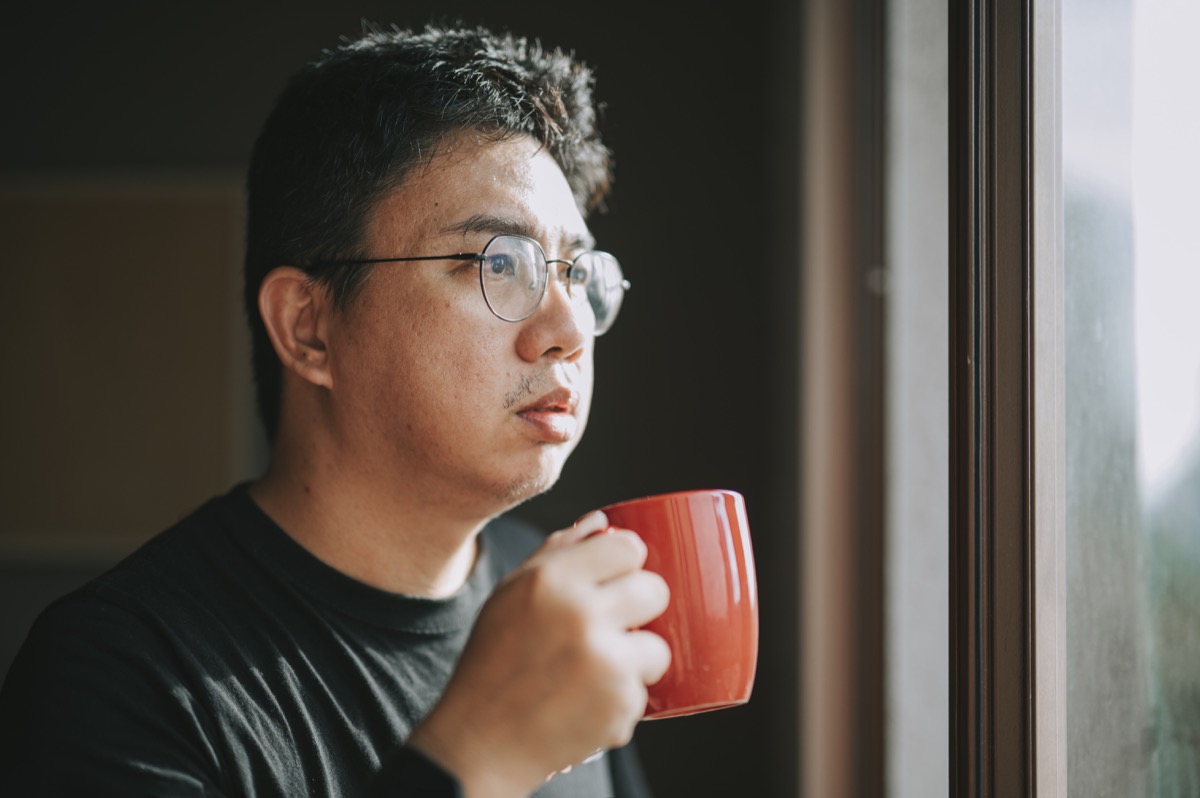 Each year, approximately 24,500 men and 10,000 women contract liver cancer in the United States, according to the Centers for Disease Control and Prevention (CDC). These numbers have been increasing for several decades and the overall survival rate for this type of cancer is low. The CDC reports that of these annual disease estimates, about 18,600 men and 9,000 women end up dying from cancer. According to the American Cancer Society (ACS), there is only a 20% relative five-year survival rate for liver cancer in the United States. With this in mind, prevention is extremely important. It turns out that just adding a certain drink to your daily diet could be a good step in lowering your risk of liver cancer. Read on to find out what you should drink on a daily basis.

RELATED: If Your Breath Smells Like This, Get Your Liver Checked, Experts Say.

If you like to drink coffee on a daily basis, you might be in luck. A 2007 meta-analysis published in the Gastroenterology The journal found that more and more evidence indicates that increasing your coffee intake may protect your liver. Researchers in the meta-analysis looked at nine different studies that were published between 2002 and 2007, involving more than 241,000 people. According to the combined research, the 2007 study found that overall, increasing your coffee intake to two cups per day was associated with a 43% reduction in the risk of liver cancer.

RELATED: If You Notice This On Your Arms Or Legs, Have Your Liver Checked.

The researchers said the lower risk of liver cancer compared to coffee could be the result of extensive liver protection. According to the study, coffee contains high amounts of antioxidants, such as chlorogenic acids and caffeine, which may protect the liver from damage. The researchers also noted that a US population-based study found that higher coffee consumption was associated with a lower prevalence of abnormal alanine aminotransferase activity, which is a marker of liver injury.

Early research suggests that two cups of coffee a day is enough to significantly reduce your risk of liver cancer, but some researchers say you may want to drink a little more for the best effects. A 2021 study published in the BMC Public Health Journal analyzed the coffee habits of more than 494,000 people in a British biomedical database, monitoring their liver health for 11 years. According to the study, coffee drinkers were 21% less likely to develop chronic liver disease, 20% less likely to develop chronic or oily liver disease, and 49% less likely to die from chronic liver disease than those who did not. -coffee drinkers. And the researchers said the maximum benefit was found in people who drank three to four cups a day. While drinking less than that was less effective, drinking more than four cups was not associated with additional benefits.

RELATED: For More Health Tips Delivered Right To Your Inbox, Sign Up For Our Daily Newsletter.

According to the CDC, nearly 4.5 million adults have been diagnosed with some type of liver disease in the United States. Liver disease can be inherited, but liver problems can also be caused by various factors that damage the liver, experts at the Mayo Clinic explain. This includes infections, chronic alcohol abuse, the buildup of fat in the liver, the use of certain medications, and other underlying conditions such as type 2 diabetes.

The Mayo Clinic says that to prevent liver disease you should “drink alcohol in moderation, avoid certain risky behaviors, get vaccinated, use medications wisely, avoid contact with blood and body fluids. other people, keep your food safe, watch out for aerosols, protect your skin, and maintain a healthy weight. â€And although research shows that increasing coffee consumption might also help, some experts warn that you shouldn’t. don’t expect to have better liver health just because you add more cups of coffee to your diet, especially if you maintain other negative habits.

“It’s important that people improve their liver health not just by drinking coffee,” Vanessa Hebditch, policy director of the British Liver Trust, said The Guardian, “but also by reducing your alcohol intake and maintaining a healthy weight through exercise and eating well.”

RELATED: If You Drink Your Coffee Like This, You May Be Increasing Your Cancer Risk, Study Finds.