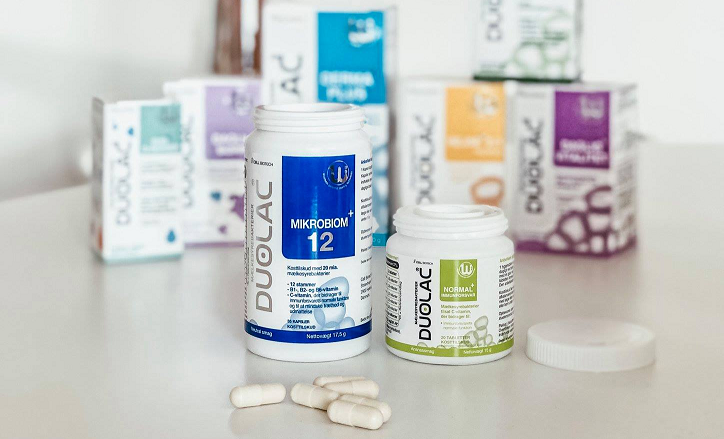 The probiotic brand was founded in South Korea in 2002 and its products are available in over 40 countries.

While the domestic audience is its biggest market, the brand has also made a name for itself in Denmark and Singapore, where it ventured in 2012 and 2015 respectively. The two countries are now its second and third markets.

The KOSDAQ-listed company also operates an OEM/ODM business, with customers coming mainly from Korea and further afield in Turkey and Germany.

In recent years, probiotic research has branched out into areas other than digestive health, with the gut-brain axis and the gut-muscle axis gaining traction.

In addition to this, Cell Biotech has also spotted R&D opportunities in areas such as menopause and liver health.

“We want to address general health issues faced by different age groups, instead of focusing on diseases, which are very specific and narrow in scope.​

“As of now, Cell Biotech wishes to respond to the health issues of infants, women, in particular postmenopausal women over 50 years of age. ​

In fact, the company has already launched its liver health formulation known as Duolac ProAP4.

A human clinical trial was conducted on the formulation, which found that it could down-regulate alcohol and acetaldehyde concentrations.

Following this trial, the company is planning another study to test the formula’s effects on hangover relief, Dr. Sanghyun Lim revealed.

Probiotics that use HMOs​

In terms of infant probiotics, the company is focusing on strains that could utilize human milk oligosaccharides (HMOs), such as fucosyllactose.

“We know that Bifidobacterium is important for infant health and is a major gut bacterium in infants during the first year of life.​

“However, some mothers have Fucosyllactose Bifidobacterium in their breast milk, but some unfortunately don’t,” Dr. Sanghyun Lim explained.

This is why the company’s product is Bifidobacterium using fucosyllactose.

Probiotic that acts on soy​

Soy, with its isoflavone content, is beneficial for women going through menopause, but the isoflavones will need to be converted to equol in a bioactive form for the body to absorb them.

This is why the company develops probiotics from Lactobacillus genus that could convert isoflavones to equol.

Equol is a metabolite produced in vivo from the phytoestrogen soybean daidzein by the action of the intestinal microflora.

“Menopausal women experience changes in their hormone levels and isoflavones have similar structures to the hormone estrogen.​

“However, isoflavones cannot bind to the estrogen receptor because they are not in a bioactive form. ​

“We can turn it into a bioactive form through probiotic supplementation, where the enzymes in the probiotics can break the glucoside structure off of isoflavone so that it becomes equol,” Dr. Sanghyun Lim explained.

The company has conducted in vitro and in vivo studies when screening for relevant probiotic strains.

Involving 140 women, the trial will assess the impact of probiotics on bone density, blood pressure and hormonal health, among other parameters.

Probiotics for the over 50s​

On the other hand, the company plans to soon launch an oral health postbiotic targeting gum inflammation in South Korea.

It’s part of the company’s portfolio for consumers 50 and older.

Improving cognitive health and preventing muscle loss for consumers in this age group are other areas the company is working on.

“It’s because people are interested in improving their quality of life and leading a healthy life, which is why we work on health issues for people over 50.​

“In these cases, we use postbiotics, such as metabolites, based on the gut-brain axis and the gut-muscle axis.”​