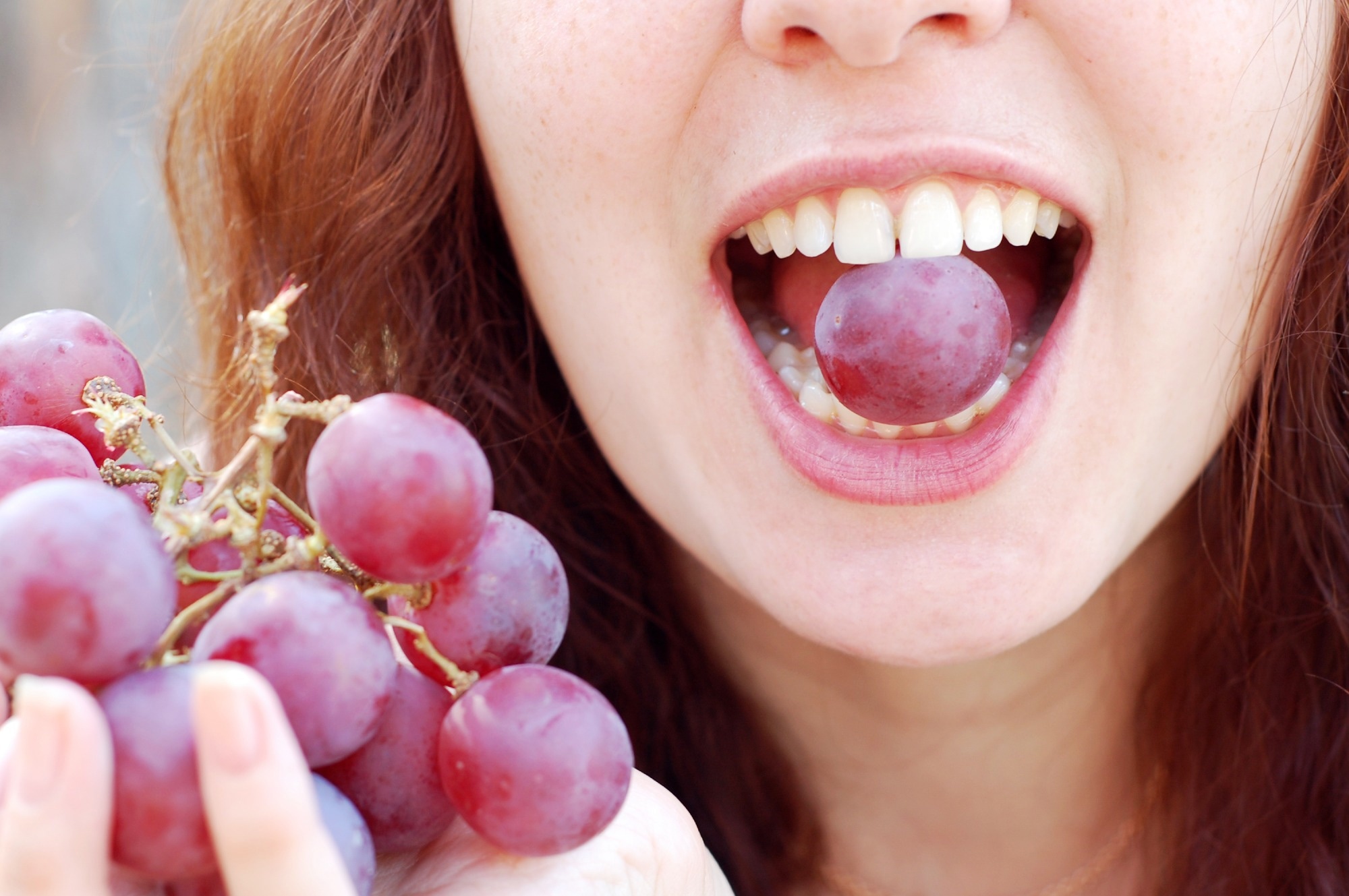 Eating grapes may reduce the risk of fatty liver disease

In a recent study published in the journal foodconsumption of grapes may extend life expectancy by five years and reduce the risk of non-alcoholic fatty liver disease in mice fed a high-fat diet.

Nutrition plays a vital role in maintaining good health, preventing the onset of disease and improving longevity. The basic concept of a healthy diet includes increased consumption of vegetables, fruits and whole grains and reduced consumption of trans fats, saturated fats and refined carbohydrates. According to the United States Department of Agriculture’s Economic Research Service, a daily diet should include at least two cups of fruit and 2.5 cups of vegetables.

In the current study, scientists evaluated the effectiveness of grapes in mitigating adverse health effects induced by a high-fat Western diet.

A diet high in saturated fats, refined carbohydrates and salt increases the risk of obesity, cardiovascular disease and metabolic diseases, such as diabetes and non-alcoholic fatty liver disease. The diet is also known to reduce the lifespan of mice by 34%.

Supplementation of mice with 5% grape powder was estimated to be equivalent to the daily consumption of approximately 300 g of fresh grapes by a person weighing 70 kg.

Part of the study investigated the difference in gene expression between mice fed a standard diet with and without grape supplementation.

Additionally, enrichment of drug metabolism, detoxification, antioxidant and oxidative stress-related pathways was observed in mice fed a standard grape-enriched diet. Glutathione-S-transferase P1 (GSTP1) is an antioxidant enzyme and is commonly involved in these pathways. RNA-seq results revealed that grape supplementation increased the expression of GSTP1, in addition to inducing the expression of other antioxidant enzymes, including glutathione peroxidase, glutathione synthetase, and superoxide dismutase.

Grape supplementation in a high-fat diet

Consuming a high-fat diet increases the risk of various health complications, including non-alcoholic fatty liver disease. The worldwide prevalence of this disease is estimated at around 25%.

Comparison between mice fed a high-fat diet with and without grape supplementation revealed that grape consumption reduced lipid accumulation in the liver, a major hallmark of non-alcoholic fatty liver disease.

RNA-seq findings indicated differential expression of more than 5600 genes between the two groups. Several of these genes are implicated in the reduction of hepatic steatosis, including mitochondrial and peroxisomal degradation, esterification, phospholipid metabolism, sequestration, and hydrolysis.

Grape supplementation has also been observed to negatively regulate the expression of genes associated with lipid enrichment, cholesterol synthesis, and redistribution of lipids from muscle and fat to the liver.

Since a high-fat diet is known to reduce lifespan in mice, the study also investigated the effect of grape supplementation on longevity. The results revealed that lifetime food consumption of grapes is associated with a significant improvement in survival.

As observed in the study, alterations in the expression of fatty liver-related genes by grapes may have helped reduce the adverse effects of a high-fat diet, which in turn helped improve the lifespan of grapes. mouse.

Significance of the study

Researchers found that grape consumption was helpful in reducing the risk of high-fat diet-induced non-alcoholic fatty liver disease in mice, as well as improving their longevity. Additionally, by altering gene expression patterns, grapes mitigate the adverse effects of a high-fat diet.

“Alarming” spike in deaths from liver disease; Can PPIs cause lupus? IBS and depression