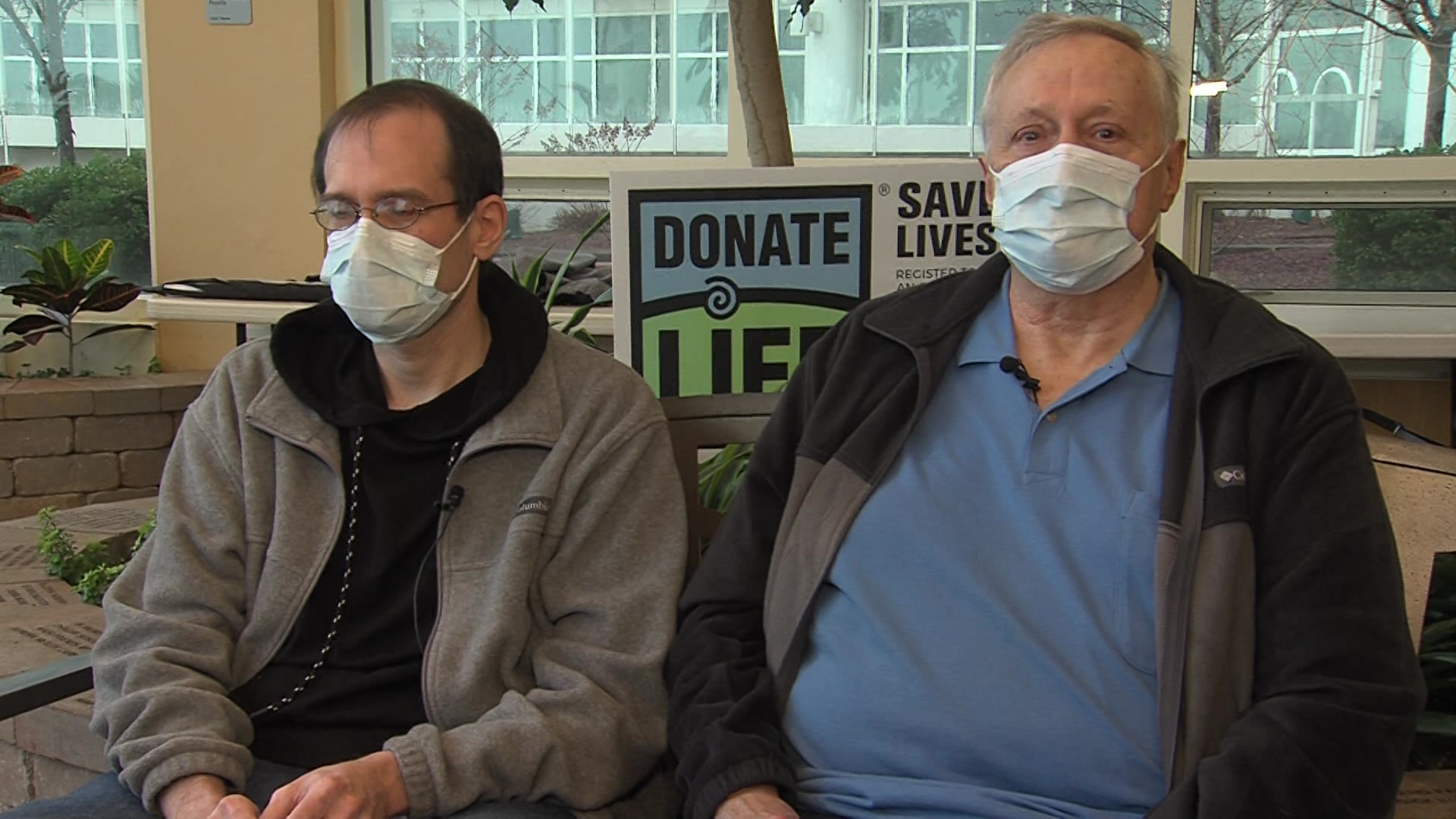 Father and son duo reunite with surgeon who performed life-changing liver transplant, encouraging others to donate

With April being National Gift of Life Month, the Meilahns share how difficult their road to recovery has been and why being an organ donor is so important.

Both Meilahn men were diagnosed with alpha-1 antitrypsin deficiency, a rare genetic condition.

“Alpha 1 antitrypsin deficiency is a liver-related disease, it’s genetic, it’s a problem with abnormal protein processing in the liver, and most of the time it affects people’s lungs,” Dr. Ajay Sahajpal, medical director of transplantation at Aurora St. Luke’s Medical. Center.

John Meilahn got his liver transplant in 2017 and his son Greg got his transplant in December 2021. Young Meilahn’s road to recovery has been difficult.

“My transplant was a breeze compared to his because he was closer to death than me,” said John Meilahn, Greg’s father.

Greg Meilahn was in the hospital for over 90 days and held on to multiple IVs. He was even fed through a feeding tube. He said he was now on a better path and looking forward to a full recovery.

Dr Sahajpal said the father and son duo was a unique storyline. He said one in 3,500 people have alpha-1 antitrypsin deficiency and only 10% of those patients require liver transplants. The remaining 90% of these patients suffer from lung problems, which may require lung transplants.

According to the Wisconsin Department of Health Services, more than 2,000 men, women and children are on a waiting list for organ transplants. When the pandemic hit, several hospitals had to cancel or scale back transplant surgeries, but Aurora St. Luke said they were still doing them. They encourage others to become organ donors themselves.

“Organ donation saves lives and sometimes it can touch lives within the same family, and people should not take life for granted because anything can happen,” Dr Sahajpal said.

John Meilahn said he wants people to understand how important organ donation is to families like his. He said that because these surgeries saved his life and that of his son, his entire family signed up for the donor list.

Now you can manage diabetes without drugs, with this liver-targeting ultrasound technique!