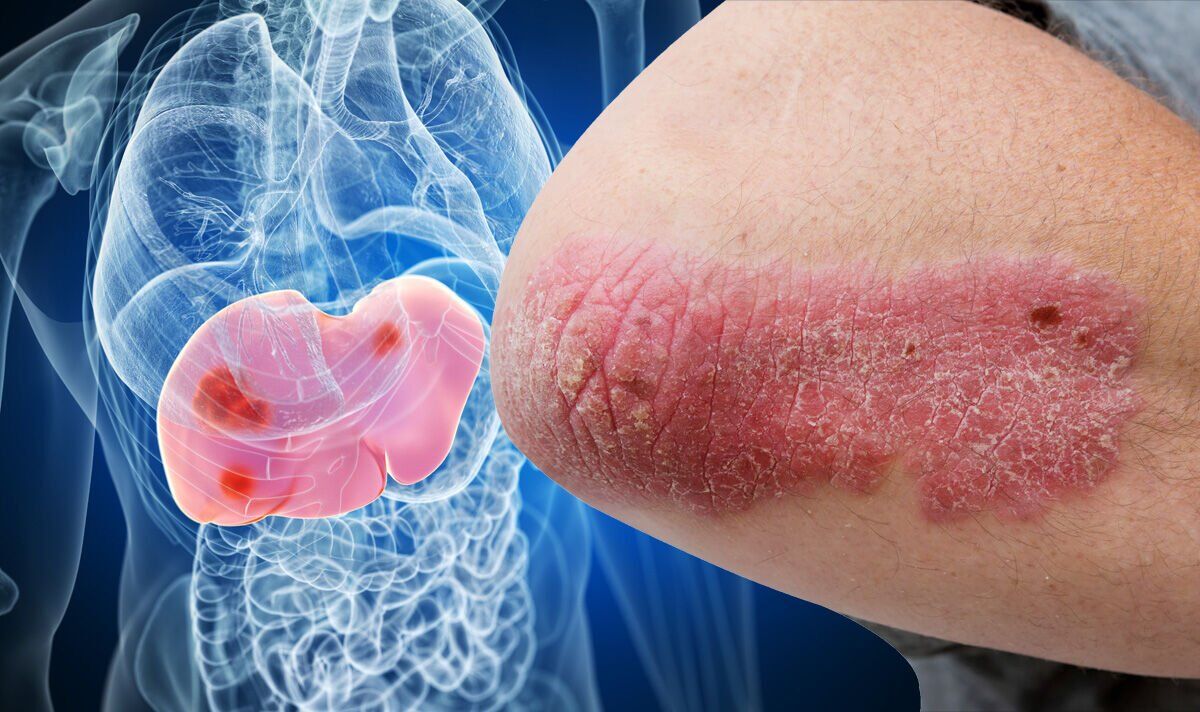 There are an estimated 40 deaths from fatty liver disease in the UK every day, but the number is rising. According to the British Liver Trust, rates of the disease have increased by 400% since 1970. Fatty liver disease is known to be linked to a host of other conditions. Psoriasis, a skin condition characterized by scaly patches on the surface of the epidermis, is less discussed.

Psoriasis has previously been linked to a higher likelihood of other conditions such as arthritis, eye problems and heart disease.

According to recent findings, a skin seemingly unrelated to liver disease is psoriasis.

The relationship between the two conditions was reported by WebMD earlier this year.

“This aligns with other research which found that people with psoriasis on at least 10% of their body had nearly double the risk of death.”

The latest study to explore the relationship between psoriasis and liver disease was based on data from the National Health and Nutrition Survey.

Zhijie Ruan, from the First Affiliated Hospital of Shantou University Medical College in China, and colleagues wrote, “The association between psoriasis and NAFLD appears to be biologically plausible.

“In addition to being common comorbidities of psoriasis, metabolic syndrome and its components are associated with the development of NAFLD.”

The researchers found that the prevalence of NAFLD was higher in patients with psoriasis, compared to those without the skin condition.

WebMD notes that the relationship goes both ways, as some previous research has shown that certain forms of liver disease may also increase the risk of psoriasis.

It is more common in overweight or obese people and is usually harmless in the early stages.

As the disease progresses, however, the liver is put at risk of scarring, which is irreversible.

Fortunately, losing an appropriate amount of weight if you are overweight can help reduce this risk.

New research has also suggested that people at risk for fatty liver disease should avoid eating high-fructose corn syrup, which is found in baked goods, flavored yogurts, jams and other foods.