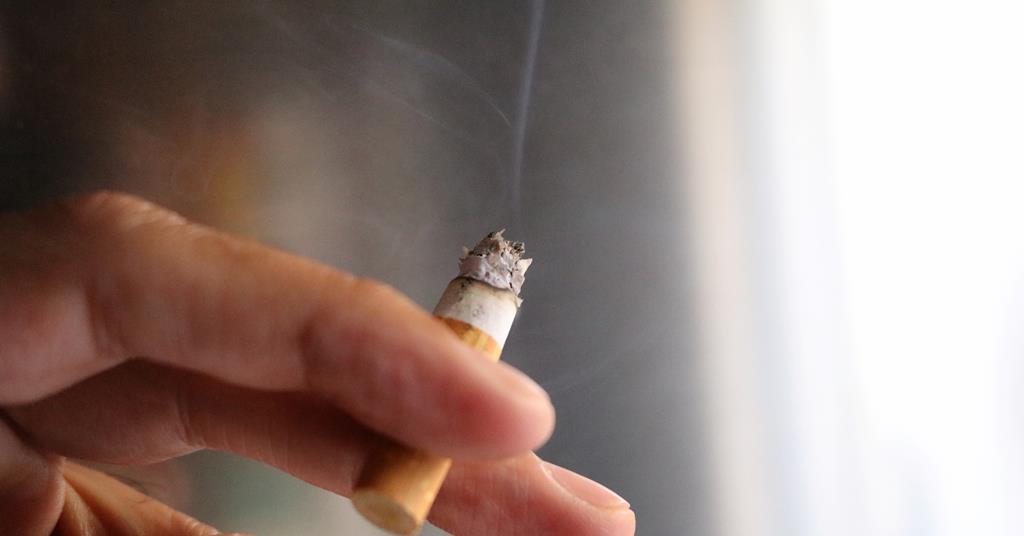 A gut microbe has been discovered that can break down nicotine and, if abundant enough, can reduce harm to smokers, reports a Sino-US collaboration. This discovery could one day translate into a life-saving therapy.

The work began with a clinical trial in China that found an “unexpected” accumulation of nicotine in the gut, with nicotine and its metabolites detected in human stool samples, says Frank Gonzalez of the National Cancer Institute at Bethesda, Maryland. A screening of stool samples from smokers and non-smokers then led to the identification of a bacterium that degraded nicotine. The bacteria, Bacterioides xylanisolvens, It has been shown to break down nicotine in culture.

This led researchers to wonder if this bacterium could protect against non-alcoholic fatty liver disease (NAFLD), a smoking-related condition. Mice given nicotine and then inoculated with B. xylanisolvens showed a slower progression of this disease.

A study of 41 smokers and 42 non-smokers in China then found that the levels of B. xylanisolvens were correlated with the severity of NAFLD. Fecal nicotine levels were higher in people with NAFLD, suggesting that smokers with lower levels of this bacteria had more nicotine in their gut. ‘The bacteria causes a difference between low levels of nicotine and high levels of nicotine [in the intestine] in smokers,” says Lulu Sun, postdoctoral researcher at the National Cancer Institute.

“Smoking tobacco exposes the heart, lungs, and internal organs to nicotine and other toxic compounds, but no one expected a direct link between smoking and liver disease,” Gonzalez says. NAFLD is also linked to an increased risk of liver cancer. Gonzalez expressed surprise that an intestinal bacterial enzyme might be involved in reducing nicotine damage.

His lab has studied the mechanisms of extreme NAFLD, by which the liver becomes inflamed, leading to non-alcoholic steatohepatitis. The latest study found that nicotine activates the AMPK enzyme in the gut of mice, which stabilizes another enzyme, leading to accumulation of ceramide lipids.

Previous studies have shown “quite convincingly in mice that ceramide produced in the gut leads to metabolic disease,” says Gonzalez, “and elevated serum ceramide levels have been correlated with increased fatty liver disease, diabetes and obesity”.

The results could be turned into therapy. Sun says his collaborators in China are focusing on the microbiome and investigating whether the bacteria could be administered as a probiotic. B. xylanisolvens has been shown to be safe and the EU has authorized its inclusion in dairy products. It is currently unclear whether certain dietary choices or lifestyle factors affect its abundance.

“It’s not too surprising that a gut-bound bacterium could degrade nicotine, but the results overall are quite stimulating,” says Kim Janda, a chemical biologist at Scripps Research in La Jolla, Calif. He would like to know how long nicotine tends to stay in the gut of smokers before being metabolized, and if B. xylanisolvens the numbers increase after an individual smokes. “There are billions of bacteria colonizing our intestines and I’m sure that’s not the only one that contributes to the breakdown of nicotine,” adds Janda.

First-degree relatives of NAFLD patients at risk for liver disease