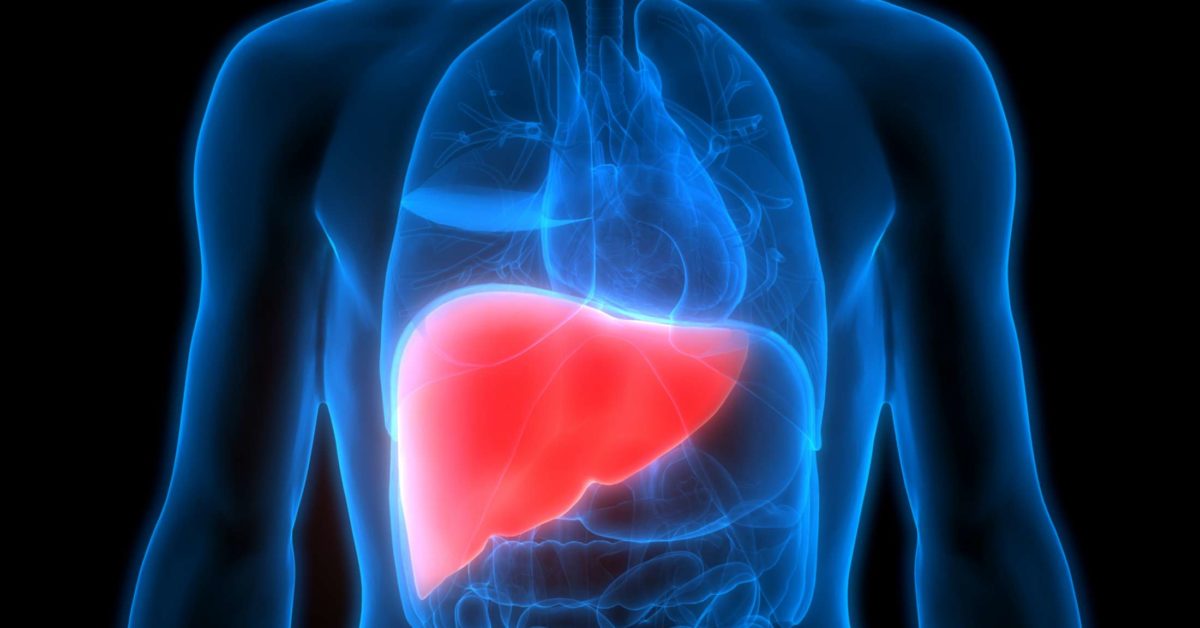 Although we still don’t know exactly what causes the development of Alzheimer’s disease, specialists have worked hard to try to identify the most salient risk factors. New research has now identified a new player in Alzheimer’s risk: the liver.

This week at the Alzheimer’s Association’s annual international conference – held in Chicago, Illinois – researchers led by Dr. Mitchel A. Kling, associate professor of psychiatry at the University of Pennsylvania in Philadelphia, presented the intriguing findings from their latest study.

They observed that the risk of Alzheimer’s disease is associated with reduced levels of plasmalogens, a type of phospholipid produced in the liver. They play a key role in maintaining the health of brain cells.

From the liver, plasmalogens are transported to the brain and other organs through the blood. Levels of these phospholipids can be measured through specialized tests that were designed by Dr. Kling in collaboration with colleagues at the Alzheimer’s Disease Metabolomics Consortium at Duke University in Durham, North Carolina.

Dr. Kling and his team assessed the levels of several different plasmalogens, including those containing specific omega-3 fatty acids: docosahexaenoic acid (DHA) and eicosapentaenoic acid. They also measured levels of an omega-6 fatty acid and some non-plasmalogenic lipids that are closely related to plasmalogens.

The first group consisted of 1,547 people diagnosed with Alzheimer’s disease, MCI or CMS, as well as a number of confirmed cognitively normal people. These participants were enrolled in the Alzheimer’s Disease Neuroimaging Initiative.

The second group consisted of 112 people with Alzheimer’s or MCI, or considered cognitively normal. These latter participants were recruited through the Penn Memory Center.

Dr. Kling and his colleagues found that lower values ​​of the indices they measured corresponded to a higher risk of developing Alzheimer’s disease, and a similar association was observed for MCI diagnoses.

Additionally, the scientists also noticed that the decreased levels of certain plasmalogens appeared to be linked to increased levels of the tau protein, which is a hallmark of Alzheimer’s disease.

“This research shows that age-related plasmalogen deficiency could lead to an increased risk of Alzheimer’s disease because the liver cannot make enough,” notes Dr. Kling.

“This research […] highlights a potential relationship between conditions such as obesity, diabetes and Alzheimer’s disease – as the liver has to work harder to break down fatty acids over time.

“This could lead to the eventual destruction of peroxisomes [functional elements within cells] which create plasmalogens which increase the risk of Alzheimer’s.

These observations, the team adds, could also explain why Alzheimer’s patients who receive fish oil or supplemental DHA show no improvement in cognitive function.

This can happen because the liver is unable to incorporate fatty acids into plasmalogens.

Another intriguing notion is that certain genes thought to play a role in Alzheimer’s disease also regulate lipid transport and metabolism, so researchers are now interested in knowing if this has any bearing on the relationship between the production of lipids and brain health.

“Our findings provide new hope for the creation of new approaches to the treatment and prevention of Alzheimer’s disease,” says Dr. Kling. “Moving forward, we are examining the links between plasmalogens, other lipids, and cognition, in addition to gene expression in the liver and brain.”

“While we are in the early stages of discovering the link between liver, lipids and diet and Alzheimer’s disease and neurodegeneration, it has been promising,” he adds.