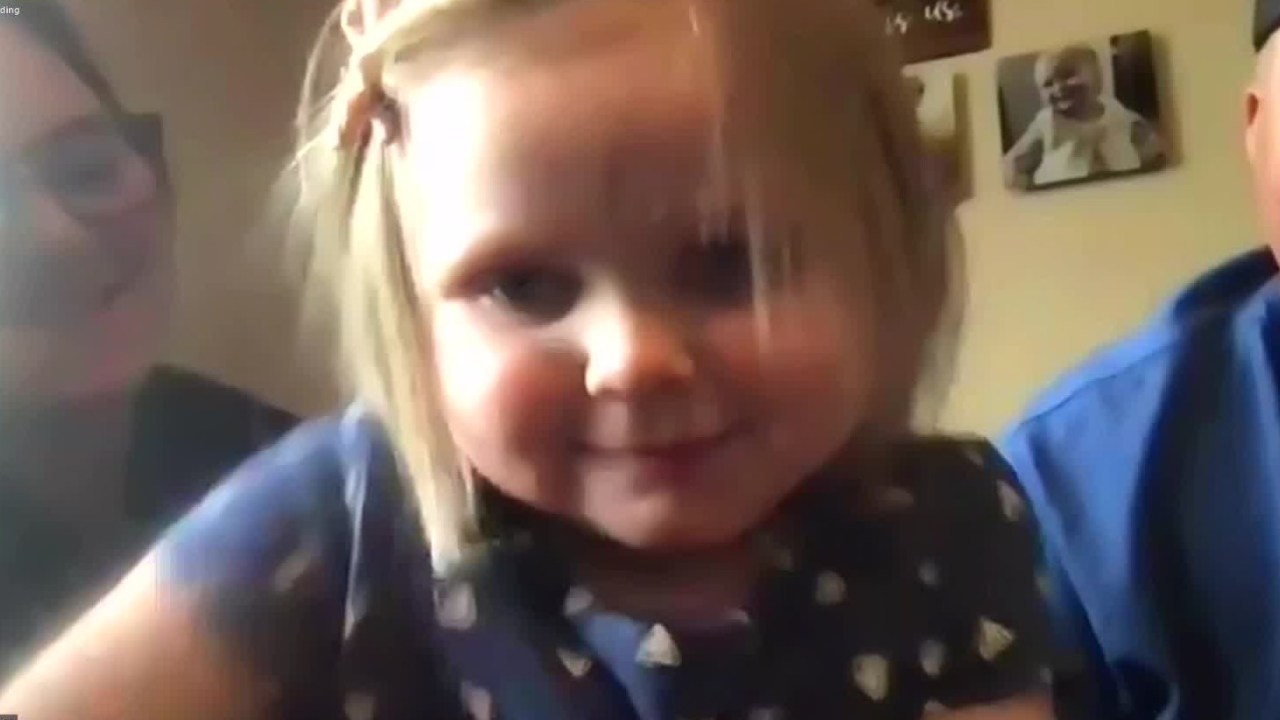 She was diagnosed with the disease in July 2020.

According to her mother, Annie, Jessie started having a stomach ache and just wasn’t feeling well. Her pediatrician initially thought Jessie was constipated. Her doctor gave her a plan for the weekend and told her mom to bring Jessie back if things didn’t improve. Things didn’t work out and she was taken back to her pediatrician’s office. Tanner, Jessie’s father, said the doctor said he could smell something that wasn’t supposed to be there. An ultrasound was then scheduled.

“They found masses on his liver and they knew right away that something was clearly wrong,” Tanner said.

You must be strong.”

Jessie’s pediatrician had told Annie that Jessie’s liver was covered in tumors. Due to COVID-19, there was only one person allowed to go to the appointment with Jessie.

Jessie was sent to another hospital in Wichita for further testing before being transferred to St. Jude.

“We were hospitalized there for two weeks, and we are lucky that [the hospital] told us they thought she could get better care elsewhere,” Annie said. “We were actually airlifted to St. Jude. Jessie and I flew in and Tanner drove and he met us there.

“As soon as you entered the hospital, you felt like a sense of peace. You felt a certain comfort and a sense of relief,” Annie said.

Upon arrival, they were cared for by Dr. George, one of Jessie’s oncologists, who would follow her through every step of her battle with cancer.

The day after they arrived, Jessie began her chemotherapy treatment.

“That day after chemo was the first time she ate a piece of food, and it stuck,” Annie said. She said that anything Jessie had tried to eat or drink in the previous two weeks would make her sick.

Jessie would stay at St. Jude for six months.

“All they do there is make families and especially patients, but families too, feel like home,” Tanner said. “It seems like you are on a first name basis with everyone. It’s like you know them, I mean, it’s basically, it’s really a big family.

“She enjoyed it, especially being away from our puppies at home. So it also gave him a sense of belonging,” Annie said.

“She was great on the playing field,” Annie said. “We spent there every afternoon on the playground.”

Jessie constantly had to be on a bag of fluid, which was connected to her through a port in her chest, to help her kidneys flush the chemo from her body.

“Chasing her around this playground with this backpack and she can only go so far, and if she goes too far she is taken out, we would take shifts. But, she was also big on the playground, so she met other kids there, and just being outside and making her do things that a kid would normally do if we were home,” said Anna.

Reflecting on Jessie’s battle with liver cancer, Annie says, “St. Jude was just this boon to our family and so many others as well.

Tickets for the St. Jude Dream Home Giveaway in Wichita are on sale now. You can purchase your ticket by calling 800-834-5760, going in lineor download a printable form and send it by post.

You can also donate to St. Jude by click here.

“Every person who gives money, whether it’s a dollar or a million, is going to save more lives than you can imagine,” Tanner said.

“To everyone involved in fundraising, for the patients and families of St. Jude, of our family, we say thank you,” said Annie.