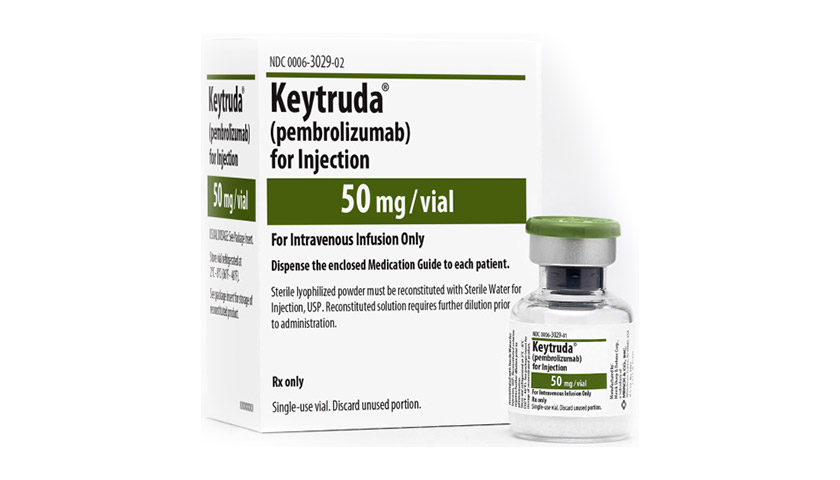 Keytruda inflates its lines in prostate and liver cancer trials –

Two Phase 3 trials of Merck & Co’s Keytruda in metastatic castration-resistant prostate cancer (CRPC) and advanced liver cancer have ended in failure, proving once again that immunotherapy studies against cancer can be a random affair.

The CRPC trial – KEYNOTE-921 – studied the combination of Keytruda (pembrolizumab) with docetaxel in more than 1,000 patients who had not been treated with chemotherapy before, but who had seen the disease progress despite previous treatment with an anti-hormonal treatment.

The combination was compared to placebo plus docetaxel in the study, but was unable to show significant improvement in overall survival (OS) or radiographic progression-free survival (rPFS) – the two main endpoints test evaluation.

Merck said there were “modest trends” towards improvement with Keytruda, but overall the study was a failure, reflecting that metastatic CRPC is very difficult to treat.

This unfortunately matches a prevailing pattern of late-stage trial failures for checkpoint inhibitors in CRPC, including the recently reported KEYLYNK-010 trial of Keytruda and the PARP inhibitor Lynparza (olaparib) from Merck/AstraZeneca in patients with CRPC previously treated with hormone therapy and chemo.

Keytruda has struggled to make an impact on prostate cancer, and the disease is not on the drug’s very long list of approved indications, despite considerable clinical testing by Merck, or even on the label other drugs in the PD-1/PD-L1 inhibitor class as Bristol-Myers Squibb’s Opdivo (nivolumab).

It is also conducting two Phase 2 studies, KEYNOTE-199 investigating Keytruda as a monotherapy for the subsequent treatment of metastatic CRPC, and KEYNOTE-365 investigating multiple combinations with other drugs given in addition to first-line hormone therapy. .

Hepatocellular carcinoma (HCC) – the most common form of liver cancer – is another malignancy to be treated, but which has seen improvements in treatment with targeted tyrosine kinase (TKI) inhibitors like Eisai’s Lenvima (lenvatinib).

The problem with TKIs is that their effects tend to be short-lived, as tumors develop random mutations in target receptors and downstream pathways that allow them to resist treatment.

In the LEAP-002 study, Merck hoped to show that the combination of Keytruda with Lenvima would improve outcomes over a two-year follow-up in patients with unresectable HCC.

However, the duo were unable to show significant gains in OS and PFS over Lenvima alone, although again the trends are improving. One thing that could have skewed the result was that the median OS with Lenvima alone was longer than usual, making it harder for the combination to show improvement, Merck said.

Keytruda is already approved for use after first-line treatment with Bayer’s older TKI Nexavar (sorafenib) for HCC, but Merck was hoping to break into the category of patients previously untreated with the Lenvima combination. Eisai’s drug was cleared for first-line use in HCC by the FDA in 2018.

“We remain confident in the potential of this combination based on the body of evidence we have seen to date and will continue to investigate its role in multiple cancer types,” said Merck’s Global Clinical Development Director. , Dr. Gregory Lubiniecki.