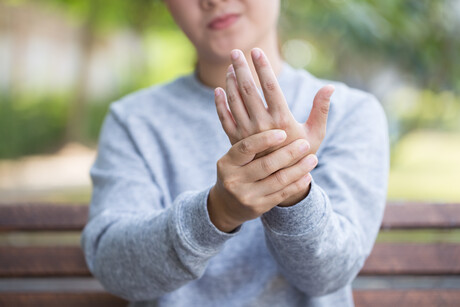 Researchers have identified a crucial link between arthritis and the risk of severe liver disease in people with the most common genetic condition in Australia.

An estimated 100,000 Australians carry the high-risk genotype of haemochromatosis, a condition affecting people of northern European descent that sees the body build up too much iron. This can lead to many complications, one of the most serious being advanced liver fibrosis, which affects the liver and can lead to cirrhosis and liver cancer.

The good news is that early detection of advanced liver fibrosis can help clinicians identify those most at risk and reduce the impact or occurrence of future complications. Now, Edith Cowan University (ECU) researchers collaborating with colleagues from the QIMR Berghofer Institute for Medical Research found that arthritis is a good predictor of the development of clinically significant liver problems in people with hemochromatosis.

ECU Professor John Olynyk, the study’s lead author, said the findings had many implications for people living with or at risk of developing haemochromatosis.

“Because liver fibrosis improves with treatment, it is important to accurately determine the presence or absence of advanced liver fibrosis when patients are evaluated,” he said.

“We recommend that people with hemochromatosis who present with arthritis be properly evaluated for the presence of advanced liver fibrosis.”

Olynyk said the study could also save many people from undergoing unnecessary procedures. He said: “People with haemochromatosis, but who do not have arthritis at diagnosis, are very unlikely to have advanced liver fibrosis, which may negate the need for an initial liver biopsy.

“Instead, they can be monitored for the development of fibrosis via noninvasive methods.”

Olynyk concluded that the link to arthritis could help diagnose more people with hemochromatosis, which can often be difficult due to the fact that many symptoms are relatively nonspecific and common in the general population.

“People with a fair history of arthritis or liver disease should always be evaluated for potential hemochromatosis – especially when it’s unclear why the problem exists,” he said.

What’s behind the mysterious rise in liver disease in children? | Doctor’s note