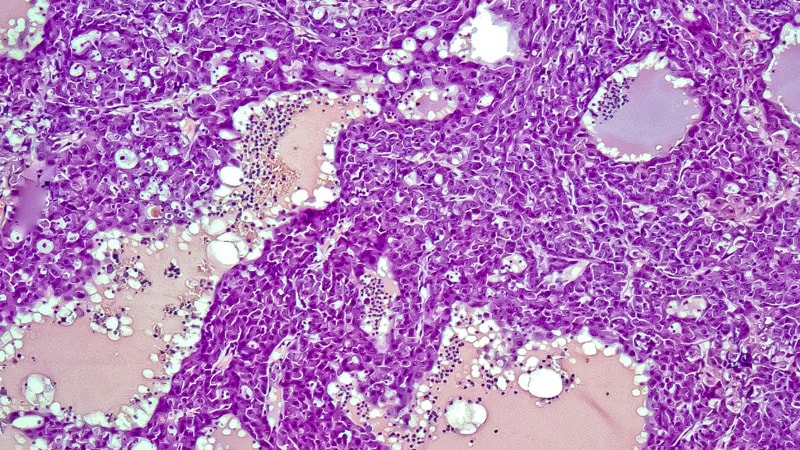 Among patients with cirrhosis and fibrosis-4 (FIB-4) scores of 3.25 or greater, the incidence of hepatocellular carcinoma appeared to decline gradually each year up to 7 years after a sustained virologic response, although the rate remained above above the threshold of 1% per year that justifies screening.

“The majority of hepatitis C patients have been treated and cured in the United States,” said George Ioannou, MD, lead study author and professor of medicine at the University of Washington. Medscape Medical News. “After the eradication of hepatitis C, these patients are generally doing very well liver-wise, but the only thing they need to continue to worry about is the development of liver cancer.”

Ioannou, who is also director of hepatology at the Veterans Affairs Puget Sound Health Care System in Seattle, noted that patients can be screened “indefinitely,” which places a burden on patients and the healthcare system.

The study was published online in Gastroenterology.

In a previous study, Ioannou and colleagues found that the risk of hepatocellular carcinoma decreased during the first 4 years of follow-up after a sustained virologic response from direct-acting antiviral drugs. But the follow-up time was not long enough to determine whether cancer risk continues to decline to levels low enough to forego screening.

In this study, Ioannou and colleagues extended follow-up to 7 years. They were curious to see if the risk of cancer decreased enough to drop the screening requirement, particularly for cirrhosis before treatment and fibrosis-4 scores.

The researchers included 29,033 patients from the Veterans Health System who had been infected with hepatitis C virus and were treated with direct-acting antivirals between January 2013 and December 2015. Patients had a sustained virologic response, defined as a viral load below the lower limit of detection at least 12 weeks after the end of treatment.

The patients were followed for incident hepatocellular carcinoma until December 2021. The researchers then calculated the annual incidence during each year of follow-up after treatment.

Of the 7533 patients with cirrhosis prior to treatment, 948 (12.6%) developed hepatocellular carcinoma during an average follow-up period of 4.9 years. Among patients with FIB-4 scores of 3.25 or greater, the annual incidence decreased from 3.8% in the first year to 1.4% in the seventh year, but remained substantial until 7 years after a sustained virological response. Among patients with both cirrhosis and a high FIB-4 score, the annual rate ranged from 0.7% to 1.3% and did not change significantly over time.

“The study demonstrates a marked decrease in the risk of liver cancer over time after recovery from hepatitis C in the highest-risk group. This is very positive news for patients,” said Ioannou. “However, even with this reduced risk up to 7 years after hepatitis C eradication with direct-acting antivirals, the risk is still high enough to warrant screening for liver cancer.”

For a follow-up study, Ioannou and his colleagues plan to adjust their analyzes for other factors that influence liver cancer risk, such as age and non-drinking. foie gras sickness. Further studies could increase follow-up time beyond 7 years and assess how changes in diabetes, weight management and alcohol consumption might affect liver cancer risk.

“With the availability of safe and effective direct-acting antiviral treatments, an increasing number of patients have been or will be treated and cured of their hepatitis C infection,” said Nicole Kim, MD, one of the lead authors. and a transplant hepatology fellow at the University of Washington, said Medscape Medical News.

“It is therefore important for us to develop a better understanding of how the risk of liver cancer might change after treatment, so that we can improve the care we provide to this patient population,” she said. declared.

The findings require validation in non-veteran cohorts, the study authors write, as well as follow-up after the COVID-19 pandemic, when screening and diagnostic practices were restricted.

Singal, who was not involved in this study, is evaluating several intervention strategies to increase the use of surveillance. His research group is conducting a multi-center randomized trial using mailed invitations and is also evaluating a biomarker, PLSec-AFP, to identify the highest-risk patients who may warrant more intensive monitoring strategies.

“We recently validated the performance of this biomarker in a large cohort of patients with cirrhosis, including some with cured hepatitis C virus infection,” he said.

The study was funded by an NIH/NCI grant and a VA CSR& under Ioannou. The writing of the manuscript was supported by the NIH under the direction of Kim and co-author Philip Vutien. Singal did not disclose any relevant financial relationship.

The #1 Danger Sign That You’re Developing Liver Disease, According To Science – Eat This, Not That