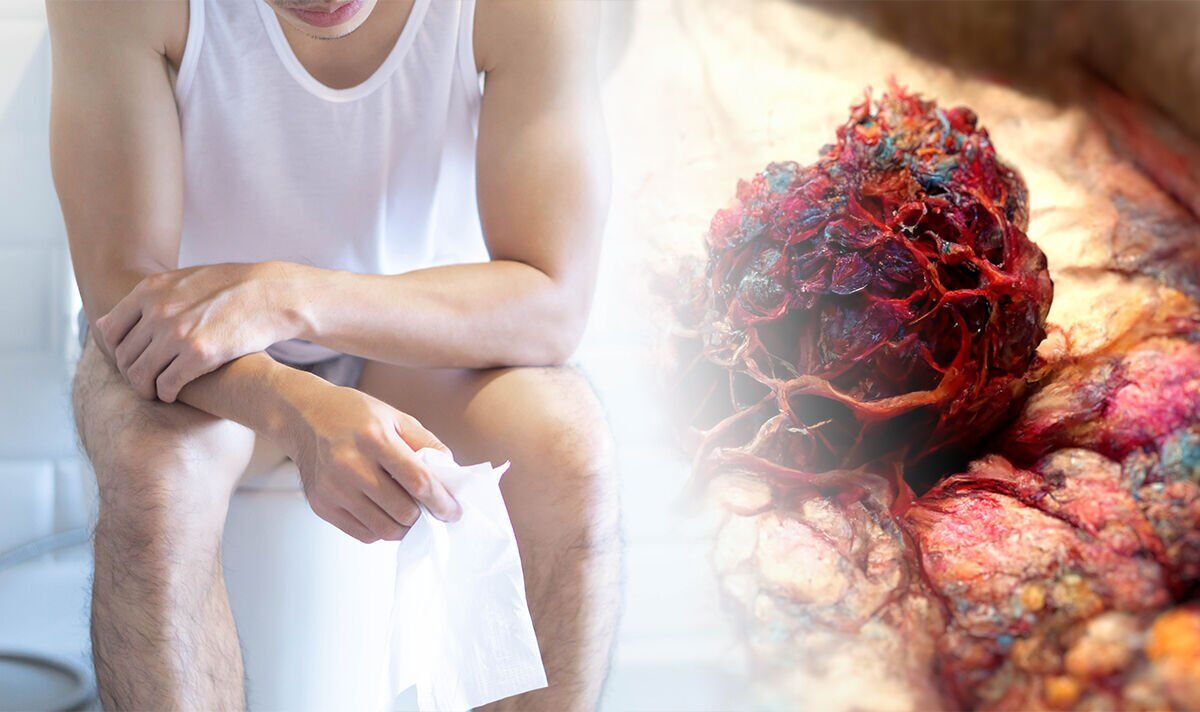 Liver cancer: The red flag when going to the bathroom hinting at advanced stage cancer

Liver cancer is most common in people with liver disease, a common condition in the UK. Liver cancer is among the most serious forms of the disease and in some cases may not be curable. But acting quickly when warning signs appear can lead to a positive outcome. According to various health organizations, hormonal changes in the body could make stools bulky, pale, and greasy.

One of the most apparent symptoms of liver cancer is weight loss, which is also symptomatic of several other cancers.

Symptoms vary depending on the exact location of the cancer, and some symptoms like jaundice can cause their own subset of signs, like itching.

Since many symptoms are vague, such as nausea and loss of appetite, the disease can be quite difficult to detect early.

Since the liver controls the production of bile, a malignant tumor in the organ is also likely to produce noticeable changes when using the toilet.

READ MORE: Fatty liver disease: carbs could be a trigger

At the first stage of the disease, the tumor has not yet grown beyond two centimeters and has not grown into blood vessels.

However, as it progresses, it spreads to other lymph nodes in the body, eventually invading surrounding tissues, making the disease harder to fight with treatment.

Unfortunately, it is at this stage that symptoms are most likely to appear.

The American Cancer Society explains, “If cancer blocks the release of bile and pancreatic juices in the intestine, a person may not be able to digest fatty foods.

“Undigested fat can also cause stools to be abnormally pale. They can also be bulky, greasy, and float in the toilet.”

Another common side effect of liver cancer is a buildup of bilirubin in the blood, which is often caused by a blocked bile duct.

This buildup in the blood is characterized by jaundice, which can lead to yellowing of the skin and the whites of the eyes.

Several other alterations in hormone levels are likely to occur, according to the American Cancer Society.

This can lead to :

How to detect liver cancer

Any suspicious body changes should warrant further investigation by a medical professional.

A doctor may perform a series of blood and imaging tests, or take a sample of liver tissue for examination.

If a biopsy gives positive results, further treatments may vary depending on the stage of the disease.

Treatments for primary liver cancer include: