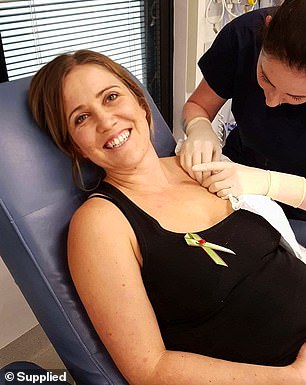 Hollie Owens complained to several doctors about persistent stomach problems, but was not taken seriously for two years

A young Australian mum who was told at 24 she was highly unlikely to be turning 30 due to bowel cancer has explained her symptoms had been downplayed by doctors for years.

Hollie Owens, from the central coast of NSW, complained to several doctors of persistent stomach problems, but her ailments were not considered serious due to her age.

When doctors finally discovered a 15cm tumor blocking her colon, Hollie was told she only had a 5% chance of surviving more than five years and the cancer would likely impact her fertility.

But 10 years later, Hollie, now 34, has defied the odds, is living cancer-free and has a 15-month-old baby girl. 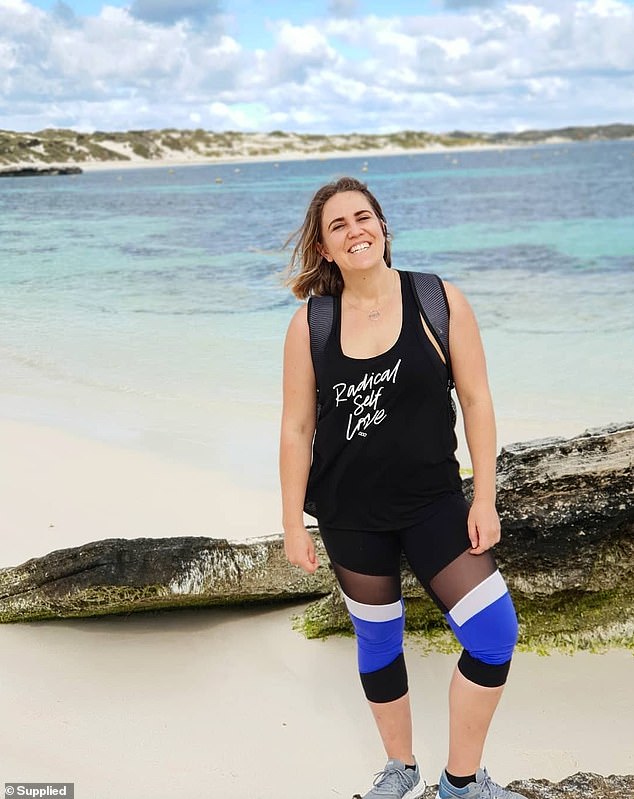 When doctors discovered a 15cm tumor blocking her colon, she was told she had only a 5% chance of surviving more than five years and doctors warned the cancer was likely to impact her fertility .

Hollie fold FEMAIL, she felt bloated every time she ate, had constant stomach pain and needed to lie down due to cramps.

At the time, she was living in Perth and had no family to care for her.

“I was told to watch what I eat and take iron tablets, it was a very frustrating process,” Hollie said.

“I was sent to a gynecologist and even got tested for an ectopic pregnancy and had an ultrasound on my stomach but everything was fine.”

Blood tests found nothing sinister, but she had a low white blood cell count which Hollie felt doctors should have investigated further as it may be an indication of the tumor which has long been overlooked.

While her grandparents had bowel cancer, tests revealed there was no genetic link. 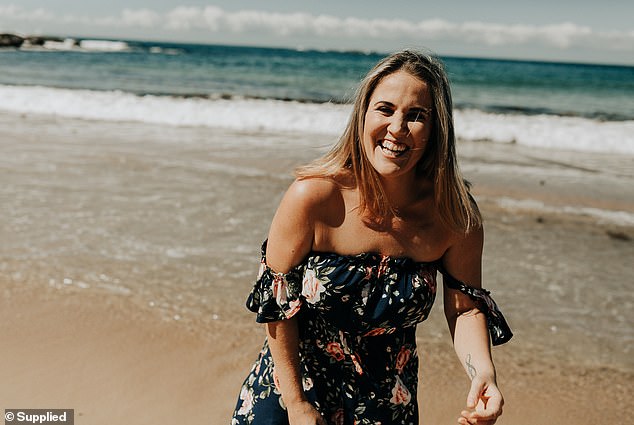 In March 2012, she underwent bowel surgery to remove 30cm of her colon, including the 15cm tumor. But during the procedure doctors discovered the cancer had spread to her liver and surgeons were reluctant to remove it.

After two long years of stomach pain, Hollie was finally booked for a colonoscopy which eventually detected the huge tumor.

“I’ll never forget the look on the doctor’s face after I woke up from the procedure. He handed me the tissues and then said, ‘I think you have cancer,'” Hollie said.

“I didn’t believe it and I wasn’t present at all.”

A CT scan later confirmed the tumor was cancerous and while Hollie was offered the option of freezing her eggs, she was told ‘it wasn’t a good idea’ so she didn’t. .

In March 2012, she underwent bowel surgery to remove 30cm of her colon, including the 15cm tumor.

During the operation, doctors discovered that the cancer had spread to her liver, but surgeons were reluctant to remove it.

Four months later, in July, Hollie underwent surgery to remove cancerous spots on her liver, then started chemotherapy six weeks later to ‘mop up’ anything that might have been missed.

“The chemotherapy was absolutely horrible, I had an allergic reaction to it, it messes up your body so much and kills both the good cells and the bad cells,” she said. 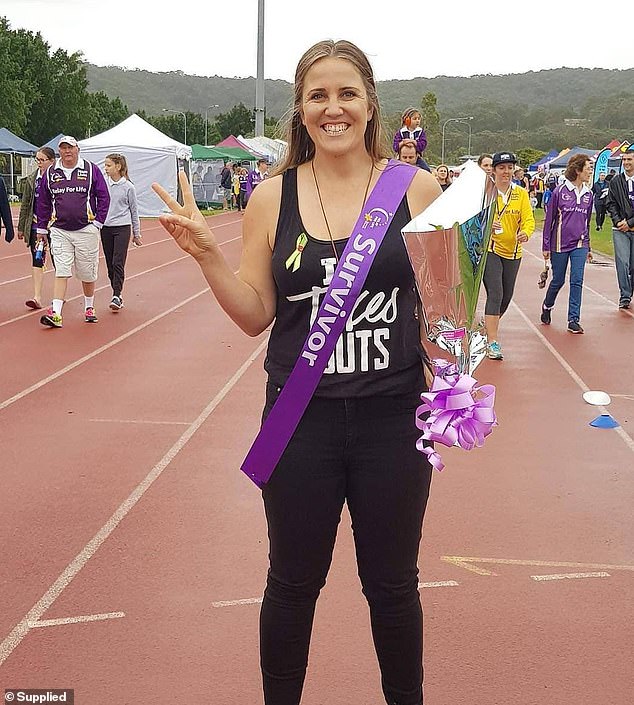 Hollie underwent surgery to remove the cancerous spots on her liver, followed by three months of chemotherapy. After a PET scan, Hollie was given the all-clear by doctors on December 12, 2012 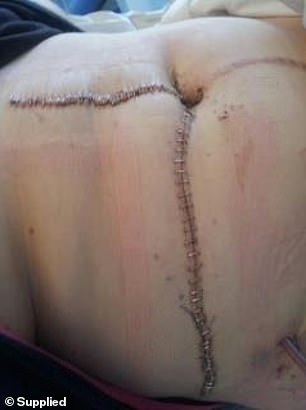 Four months later, in July, she underwent another surgery to remove the spots found on her liver

“I couldn’t touch or eat anything cold, I felt exhausted and kept vomiting, but luckily I had no hair loss. I hated it and with each cycle the side effects were so different.

“The nurse called me and told me the bad news was that she wouldn’t be seeing me anymore because I don’t have cancer anymore. It was such a special day and a huge relief,” she said.

“It took me a while to process emotionally and mentally; I felt like I needed to make up for lost time, I didn’t know who I was because my life had been put on hold.

“I’ve traveled, done spiritual healing, been out in nature, trained to become a PT, and really opened myself wide to process everything.”

During her regular checkups, Hollie had a ‘scanxia’, fearing the cancer was coming back.

“I didn’t pay attention to the statistics and tried not to focus on what the doctors had to say,” she said.

“I learned to be my own hero and lean on myself during difficult times.”

Fertility tests in 2019 showed she had a low egg count which “stunned” her because she still wanted children.

But to her surprise, Hollie got pregnant naturally and had a baby girl with her partner. 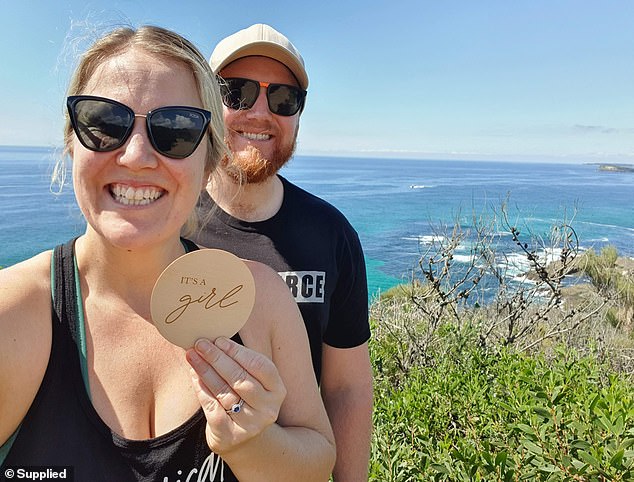 When it comes to her fertility, tests in 2019 showed she had a low egg count which kinda “kicked” her because she still wanted children. But to her surprise, Hollie got pregnant naturally and welcomed a beautiful baby girl into the world with her partner.

– Change in bowel habits with diarrhoea, constipation or feeling of incomplete emptying

– Blood or mucus in the stool

– Lump in the anus or rectum

Reflecting on her ordeal with cancer, Hollie’s joy at overcoming the disease is tempered by frustration at how long doctors dismissed her concerns.

“Looking back, I was fired because of my age and the fact that bowel disease is considered an ‘old people’s disease,'” she said.

“If I wasn’t persistent, I wouldn’t be here today.”

Therefore, Hollie is on a mission to share her story with as many people as possible so they don’t become complacent about symptoms that a doctor might just have misdiagnosed.

“I really want to emphasize that no one is too young for cancer and I want to give hope to others going through the same journey because it can be so overwhelming and scary,” she said.

“Don’t ignore the symptoms, get checked out if you think something is wrong, and stand up for your health.”