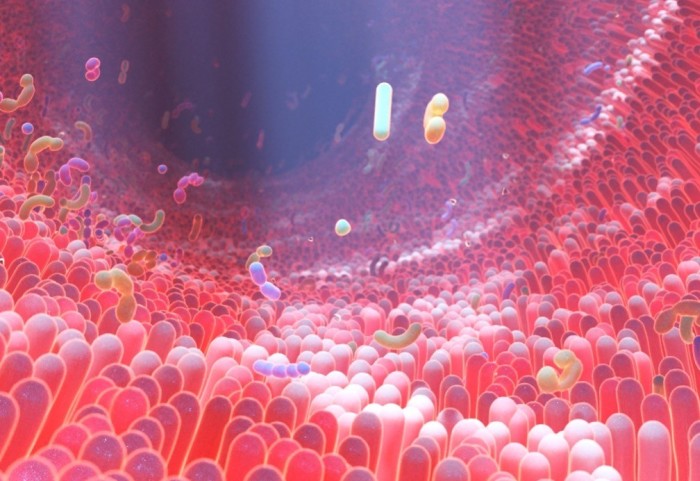 New research on using a new approach to modify gut bacteria to treat a rare condition where the body attacks its own liver has been funded.

the FARGO The trial, led by Dr Palak Trivedi from the University of Birmingham and in collaboration with researchers at Imperial, will find out whether an intervention with a therapy called ‘fecal microbiota transplant‘ (FMT) can slow the progression of primary sclerosing cholangitis (PSC) and improve patients’ quality of life.

PSC is a rare liver disease that affects around 3,600 people in the UK. People can develop the condition at any age, but most commonly those under 40.

In PSC, the body’s immune system attacks the liver, causing inflammation and scarring of the bile ducts. This prevents bile from flowing properly and patients suffer from repeated infections, develop liver failure and, in some cases, cancer. In four out of five people, the body’s immune system will also attack the gut, leading to inflammatory bowel disease (IBD) as well as liver disease. The combination of CSP and IBD can cause about a third of all patients to develop bowel cancer and patients need to have a colonoscopy every year to screen for it.

The microbes in the gut of people with PSC are known to be different from those of people without liver and gut inflammation. This imbalance of gut microbes is linked to many abnormal immune functions, which can lead to the development of disease.

In the FARGO study, the research team will find out if taking stool containing naturally occurring microbes from the gut of healthy donors, refining it in the lab, and transferring it to the gut of people with PSC, could reverse the imbalance of intestinal microorganisms. This treatment is called fecal microbiota transplantation or FMT. Early research has also shown that it may also play a role in the treatment of IBD.

Researchers from the Department of Metabolism, Digestion and Reproduction will work with those from the University of Birmingham, the Royal Free Trust and the University Hospitals of Norfolk and Norwich to conduct a clinical trial to test this new therapeutic approach. People with PSC participating in the study will receive either FMT once a week for 8 weeks or a placebo (an inactive FMT equivalent). Each group will continue to receive their usual routine standard of care for their IBD.

Teams will observe both groups for another 40 weeks. The team will then assess how successful the treatment was in improving liver blood tests, reducing liver scarring, reducing the severity of their IBD, and improving symptoms and quality of life.

Dr Ben Mullish, one of the Imperial team involved in the trial, said: “Our division has been heavily involved in research into the transplantation of faecal microbiota to help bowel and liver disease. for a number of years. In addition to supporting the clinical aspects of the trial, the Imperial team will also use state-of-the-art metabolomics techniques from our National Phenomeum Center to analyze bile acids and other chemicals in the samples. collected from study participants. This will help us examine the mechanisms by which FMT may help patients in a level of detail that has not been done in previous studies.”

Dr Palak Trivedi, who is leading the trial at the NIHR Birmingham Biomedical Research Centre, said: “This study will really help us understand which gut microbes are most important and how this potential treatment could be scaled up to treat more people. Our This study will lay the groundwork for future work on a larger scale, with a view to making FMT available more globally.

“If our trial shows that FMT works well, PSC Support will advocate for patients to access FMT as soon as possible. We hope this means that patients will benefit from it within five years of completing this work.”

Vital funding for this research comes from LifeArc and the patient-led organization, PSC support.

LifeArc’s Dr. Catriona Crombie said, “Our approach to funding is to work with others to uncover the potential for promising research that could solve the complex health issues that patients face. We are delighted to co-fund this project with PSC Support, which will allow Dr. Trivedi’s team to answer key questions and help translate this experimental treatment from the idea in the lab to the clinic, where it could offer hope to patients with PSC.