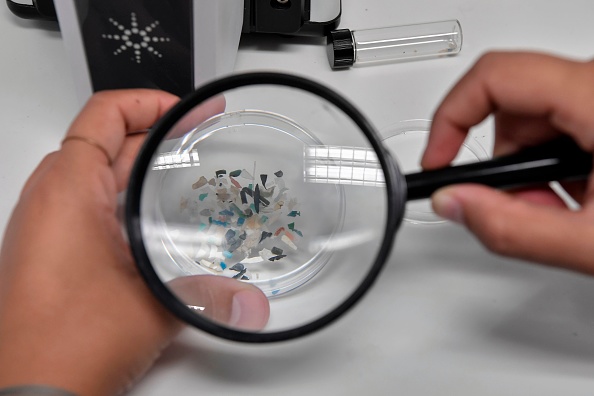 On average, five grams of plastic particles affect the body’s digestive system per individual per week. It is approximately the weight of a credit card.

Many studies are conducted to determine if consumed micro and nano plastics pose a danger, but the answer is still unknown.

A research team has now compiled a summary of current scientific knowledge.

The gastrointestinal tract, where micro and nano plastic particles (MNPs) can be discovered in the tissues, is the subject of medical studies on the subject.

Experiments show that ingested MNPs that travel through the intestinal system alter the composition of the gut microbiome, according to ScienceDaily.


Nanoplastics are characterized as being less than 0.001 millimeters in size, while microplastics, ranging in size from 0.001 to 5 millimeters, are still visible to the human eye to some extent.

MNPs enter the food chain from a variety of sources, including packaging waste.

Plastic particles enter the body not only through food, such as sea life or sea salt, but also through drink.

According to one study, anyone who drinks the recommended 1.5 to 2 liters of water per day from plastic water bottles consumes around 90,000 plastic particles per year.

Those who drink tap water, on the other hand, can reduce the amount ingested to 40,000 plastic particles, depending on where they live.

According to Lukas Kenner, the potential negative health effects of plastic particles could be particularly serious for people with chronic illnesses.

“A healthy gut is more likely to protect against health risk; however, local changes in the gastrointestinal tract, such as those seen in chronic conditions or even stressful situations, can make them vulnerable to the negative impacts of PM,” he said.

Microplastics are small pieces of a type of plastic that vary greatly in size despite looking similar, according to eufic.

The smaller pieces cannot be seen with the naked eye.

They can be made from any type of plastic, such as polyethylene (PE), polybutylene succinate (PBS) or polyvinyl chloride (PVC). They can also be of different shapes, colors, sizes and densities.

Depending on where the small plastic particles come from before they even stop in nature, they could be classified as either primary or secondary microplastics.

When primary microplastics are discarded, they are already small in size, as they come from cosmetics and product industries.

Secondary microplastics form when larger amounts of waste, such as bags, bottles, and fishing nets, are discarded and altered, resulting in the fragmentation of micro and nano plastics.

Since their introduction to the market in the 20th century, plastics have enabled innovations and contributed to societal benefits, particularly in the areas of food and health, safety, energy efficiency and the preservation of materials.

© 2022 NatureWorldNews.com All rights reserved. Do not reproduce without permission.