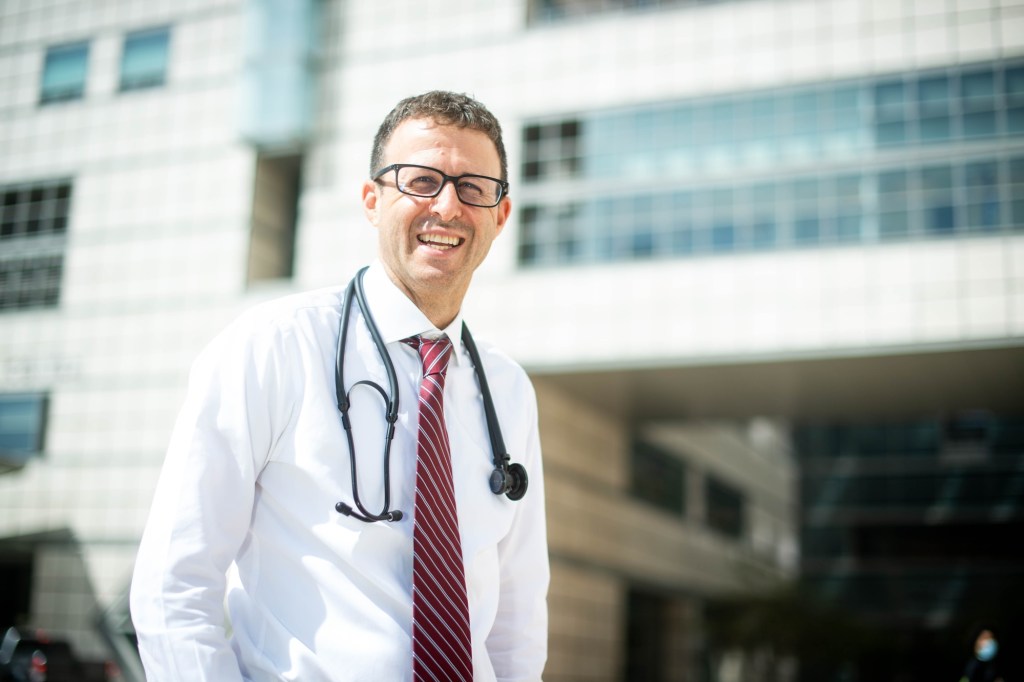 Bill Quilty lives near Fresno, so when his doctor recommended he drive 200 miles to UCLA Health for treatment for his newly diagnosed liver cancer, Quilty wanted to know why he couldn’t stay closer to home. .

“Because I’m trying to save your life and this is where you need to go,” her doctor told her.

Quilty took his doctor’s advice and believes that is the reason he is still alive. Over the past year, his liver tumors have shrunk. And his tumor marker numbers dropped from 645 to healthy 3 (normal range is 7 or less).

Finn, who is director of the signal transduction and therapeutics program at UCLA Jonsson Comprehensive Cancer Center, was the “principal investigator” for the new cancer-fighting cocktail Quilty is taking.

While the therapy was a big win in the battle against liver cancer, Finn says, it didn’t make the headlines, getting lost in the storm of COVID-19 media coverage last summer. But it prolongs a lot of lives.

Globally, liver cancer is the third deadliest cancer, killing 830,000 people in 2020, according to the World Health Organization. It is the fastest growing cancer in the United States (42,000 new cases are expected this year), spurred by “an epidemic of undiagnosed liver disease,” according to Finn.

The main driver of liver disease here is hepatitis, which leads to chronic inflammation and eventually cancer. The other risk factor is fatty liver disease, most often triggered by obesity and diabetes. Quilty is diabetic.

Finn points out that, if caught early, liver cancer can be burned off or eliminated. The problem, however, is that there are no symptoms until it’s advanced, so not many people catch it on time.

By the time Quilty was diagnosed, there was so much cancer that removing it would have left very little liver.

Then the researchers started playing around with combinations that would not only slow tumor growth, but shrink existing tumors.

Finn was one of the world leaders who helped design the IMbrave 150 study in 2017. It combines the monoclonal antibody Tecentriq with Avastin, a drug that targets blood vessels and inhibits tumors.

“The real exciting thing about this combo is that patients live longer than 19 months,” says Finn. “He’s truly a game changer. It’s the new standard of care.

The side effects are less severe than previous treatments.

Quilty says side effects for him include fatigue and body aches. He’s cut back on his hours as a real estate appraiser, but still has the energy to drive his Harley, go duck hunting near his home in Hanford, and visit his grandchildren.

“We have taken football on the pitch forward,” says Finn. “Now we have to figure out how to keep that momentum going.”

When Finn doesn’t see patients (two days a week), he’s in his lab trying to find other therapeutic cocktails. He is currently involved in a phase three trial for another immunotherapy combo.

“This is another very exciting question,” he says. “The future is now these combinations.”

“Everyone knows how to do a mammogram or colonoscopy,” he says.

The only sure-fire way to detect liver disease is by ultrasound. This is how Quilty found out. Her doctor ordered a CT scan just to take a look at her liver because her blood sugar had been acting wobbly.

Finn says Quilty’s case should give hope to other patients.

“His tumor continues to shrink with each scan every few months,” he says. “Maybe he’ll just continue. Maybe he will be healed. I do not know. It is really exciting to see. This is a reason for patients not to give up.

Quilty says he’s glad he took his doctor’s advice and made that first long drive to UCLA. At this point, he could receive the treatment at a medical facility closer to his home, but he refused, preferring to stay with Finn.

“You don’t take Tom Brady out of the Super Bowl in the middle of the game,” he laughs. “Dr. Finn is awesome. I enjoy him every day.

So, every 21 days, he rolls south for three hours, sits in a chair for a three-hour intravenous drip, and then goes home.

For Finn, it’s personal. He was in high school in Torrance when his own mother got breast cancer and later died in 1988. That’s why he went to medical school to become an oncologist.

“I am very touched and blessed to make a contribution,” he said.