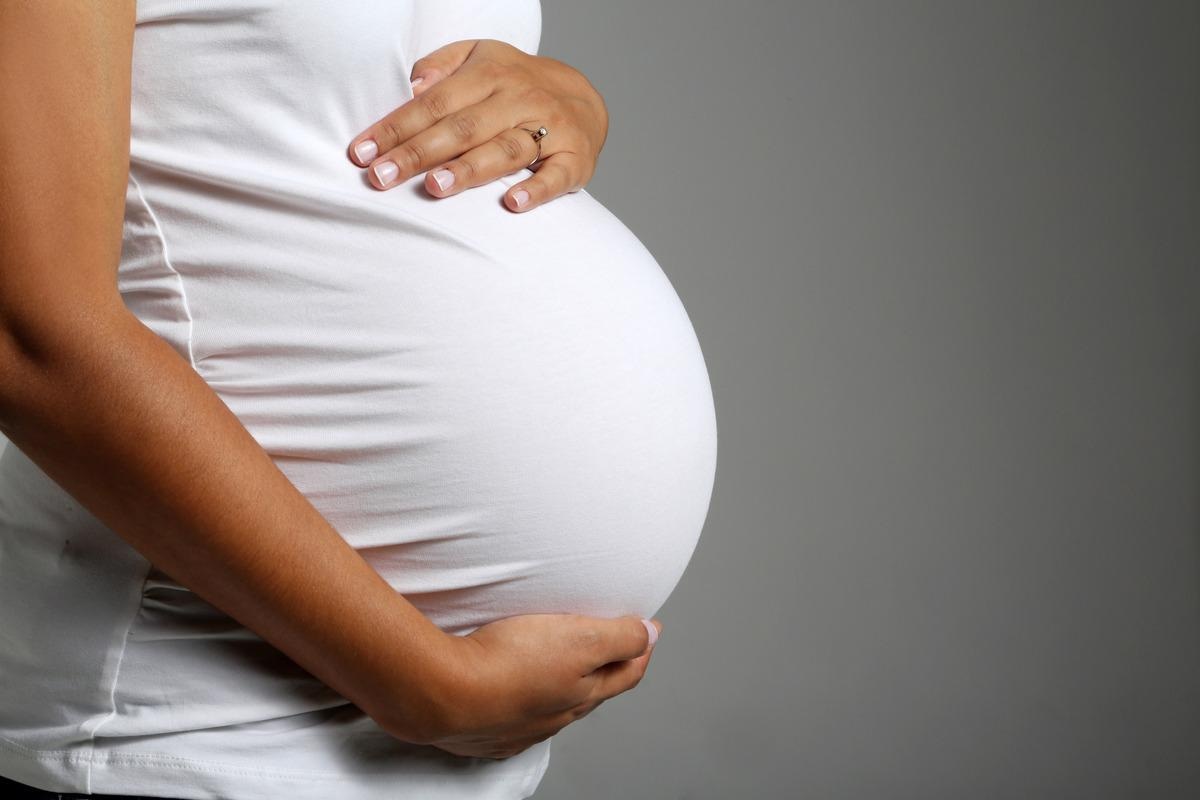 Can you introduce yourself, tell us about your background and what inspired your latest research?

I am Thomas McElrath,  a professor of reproductive biology at Harvard Medical School and an attending physician in maternal-fetal medicine at Brigham Women’s Hospital in Boston, where I have practiced for upwards of 25 years in this field. I am also an associate professor in epidemiology at the Harvard School of Public Health. I have had a longstanding interest in the epidemiology of pregnancy complications. In many ways, my research life and my clinical practice have intertwined and informed each other and sometimes fed off each other.

In the field of maternal-fetal medicine and obstetrics, we don’t have very good markers for impending pregnancy complications, particularly for the major complications such as preeclampsia, spontaneous preterm birth, and gestational diabetes. It’s shocking to realize that about one in five pregnancies will have a complication of some kind. We don’t have good early warning markers screening tests for many of these conditions that might allow us to segregate patients into higher versus lower risk care pathways.

Your research aimed to identify gene expression patterns associated with a healthy pregnancy and the risk of preeclampsia. What is preeclampsia, and how does this occur during pregnancy?

Preeclampsia is a condition of increased blood pressure and protein loss, typically after the 20th week of pregnancy. It can lead to liver dysfunction, central nervous system dysfunction, including pulmonary dysfunction in its more severe form. The unfortunate truth is, we’re not 100% sure what preeclampsia is. We believe that it’s a disease involving  the abnormal function of the maternal endothelium. The classic explanation has been that it is a decreased perfusion of the placental bed and an increase in compensatory response within the placenta.

Preeclampsia occurs in about 7% of all pregnancies and represents a major challenge to health during pregnancy because it’s a major contributor to preterm delivery. Unfortunately, the only cure we have for preeclampsia once a woman has the condition is to deliver the placenta and the baby, potentially subjecting that baby to a risk of prematurity. We have recently learned that women who have a pregnancy complicated by preeclampsia are at a twofold increased risk of cardiovascular disease later in life. So it does imply health risks for the mother, even after the pregnancy is over.

Imaging techniques are commonly used tools to assess pregnancy health and progression. However, clinicians are still struggling to assess the placenta during pregnancy, leading to complications such as preeclampsia. Why is it still difficult to identify individuals at risk of pregnancy complications?

The fundamental reason is that we have traditionally been hesitant about researching pregnant patients, considering that to be an ethically sanctioned or protected area of health and human experience. When you also consider that many of these conditions are unique to humans, we have a problem making a lot of progress without the aid of animal studies.

Historically, women’s health issues have been chronically underfunded and not given an appropriate level of consideration as a research priority. We devote a lot of money, rightfully so, to diseases at the end of life and relatively less to diseases at the beginning of life. This arguably has a lifelong impact on the well-being of children as they grow into adults.

It has also been hard to know what’s happening with the placenta. You can look at it, but many of the important details are happening at a molecular or cellular level, and it’s a difficult area to get in and examine. Particularly considering how unique human pregnancy and human placental function and physiology are in the mammalian kingdom.

In your latest research, you analyzed cell-free RNA (cfRNA). What is cell-free RNA, and how does it differ from other types of RNA found in the body?

Recently, we have noticed that there are RNAs that don’t necessarily function to transcribe a protein, like mRNA or tRNA, but are involved in regulating gene expression. These RNAs can be found in cell-free RNAs, and the majority of these cell-free RNAs are enclosed in liposomal bilayer particles. These particles are then released into the extracellular space, which in many cases will then involve being released into the circulatory system.

Can you describe how you carried out your latest research into pregnancy complications? What did you discover?

We assembled multiple pregnancy cohorts from separate continents, from which we obtained blood samples. Once we had the samples, we also had the clinical data behind the samples: the patient’s gestational age, the circumstance of her pregnancy, and her medical condition, which allowed the association of these transcripts with the condition.

Each sample generated several thousand transcripts, so we had to have a means of looking for patterns within the RNA that were uniquely associated with the outcomes we were interested in, one of which was the normal progression of pregnancy and the other being preeclampsia. That’s where machine learning comes in. This technique allows us to look for patterns of these multiple genes, find a few in the thousands upon thousands associated with an outcome, and then check and see if that is consistent throughout the entire dataset.

We were able to look at how the patterns of genes are expressed in the mothers, the placenta, and the baby within the progressive course of pregnancy. Once you begin to know the normal gene expression patterns throughout pregnancy, you can tell how far along the pregnancy is at any given time if you draw a blood sample. This appears to be about as accurate as an ultrasound in the second trimester, and then the third trimester may be slightly more accurate than an ultrasound. Within the blood sample taken from the mother, we were able to obtain what we believe to be gene set expressions coming from the baby itself, specifically from the fetal cardiac and gastrointestinal systems.

We used preeclampsia as a test case because if you know what the progression of normal gene expression is with pregnancy as it progresses with time, then if there is a deviation from the norm, you could tell whether a pregnancy is at risk at a point much earlier in pregnancy before there’s a clinical presentation. On average, we were able to tell about 14 weeks before a woman presented clinically with preeclampsia that she was at risk of preeclampsia.

How will your research help to identify women that may be at risk of complications during their pregnancy? What benefits does knowing this have for these women?

Upon identifying a woman at risk of complications, we would first start her on a course of low-dose aspirin, as it has shown to reduce the risk of a woman developing preeclampsia. Then, the question may be raised that she should be moved to a higher risk care environment where she may need to be seen more often, and maybe she should be seen by practitioners familiar with preeclampsia.

By having this test, we will be able to facilitate additional research into actual therapeutics for preeclampsia. The reason that this is the case is twofold. The first is that we have identified seven genes associated with an increased risk of preeclampsia. There may be existing medications that influence some portion of their functional pathways, if not the genes themselves. Secondly, knowing who is at risk enriches a subject population for those at risk for preeclampsia. This allows for more efficient testing of potential medications.

Maternal health is one area of women’s health that is often underfunded and under-researched. Why is having new innovative techniques so critical to the advancement of maternal research and women’s health?

As soon as we get more advanced techniques, we will foster additional insights. For example,  cell-free RNA has been a biomarker that has been used for some time in oncology. We are now applying these tools to the pregnancy and women’s health space, and I think it’s encouraging to see that we can manipulate these same advances and tools.

What are the next steps for your research into preeclampsia and pregnancy complications?

The next question is, can we use this test to look at other major conditions that would complicate pregnancy, such as spontaneous preterm birth or gestational diabetes? From this, would it then be possible that when a woman comes in for her prenatal care, she gets a risk profile individualized to her? A prenatal course of the future may be much more individually specific because of the additional risk for complications that this platform can begin to develop.

Concerning preeclampsia, we would like to investigate whether preeclampsia may be more than one condition. Then we could begin to get a better idea of what an individual at risk of preeclampsia looks like, what type of preeclampsia she might be at risk for, and whether that implies a different set of prophylactic or preventative care measures that might be taken.


Where can readers find more information?

Dr McElrath is an attending physician in the Division of Maternal-Fetal Medicine at the Brigham & Women’s Hospital. 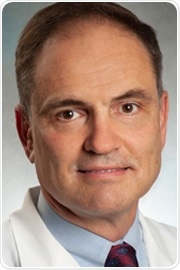 His clinical work involves providing direct patient care for women who are at risk of pregnancy complications particularly those at an increased risk of preterm birth or pregnancy loss. He is also involved in the clinical teaching of medical students, residents and fellows within the Harvard system and he directly manages the delivery of over 200 babies per year.

Dr McElrath is also the PI on the LIFECODES pregnancy biobank and has a long-standing interest in perinatal and reproductive epidemiology.  His lab’s interests are divided into two main areas of focus: Exploring the effects of endocrine disrupting environmental exposures on pregnancy outcome and the utility of exosomes in predicting adverse pregnancy outcome.

Determination of liver cancer risk after re