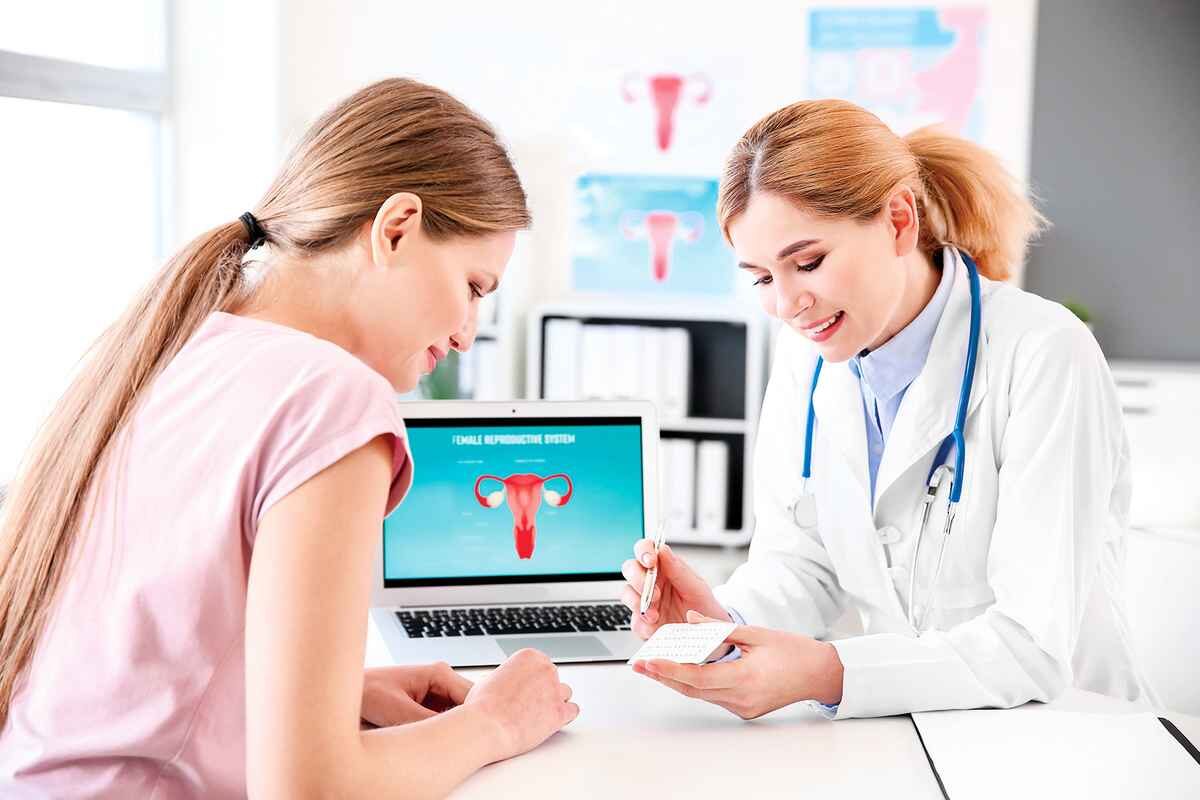 Premature ovarian failure is one of the common gynecological diseases and the number of cases reported each year is increasing. There is also the tendency to view it as occurring at younger and younger ages. For young women, it not only affects fertility, but also has a significant impact on physical and mental health. He Xiaoxia, a former TCM doctor from Shanghai, introduced a way to take care of female ovaries and prevent premature aging from the perspective of TCM. She suggested that for patients with premature ovarian failure, the best effect might come from TCM therapy combined with an appropriate supplemental diet.

For most women, ovarian function is at its peak around age 25 and begins to decline by age 30. After age 35, this decline begins to accelerate, until around age 48 to 50, when it enters a state of permanent decline and ceases to function. From then on, women gradually enter old age.

Such a decline is a manifestation of the ovarian aging process, known in the medical profession as “declining ovarian reserve”. Normal physiological ovarian aging is an irresistible law of nature. However, in recent years, studies have shown that more and more women before the age of 40 begin to show symptoms of ovarian failure, which is considered premature ovarian failure in such cases. Even cases found in teens and twenties are not uncommon. Such a trend is worth noting and sometimes disturbing, because it not only affects fertility, but also seriously affects the physical and mental health of women.

There are many symptoms of premature ovarian failure, including irregular menstrual cycles, which may be absent for several months, poor menstrual flow, infertility, menopausal symptoms such as hot flashes, abnormal heart rhythms , insomnia, anxiety and other symptoms. Due to associated hormonal changes, it is more likely to cause osteoporosis, hyperlipidemia, coronary artery disease, etc.

So what are the factors that lead to premature ovarian failure? In an interview with The Epoch Times, Dr. He Xiaoxia, a former TCM doctor from Shanghai, pointed out that in general, the earlier the age of menarche (first onset of menstruation), the more ovarian function declines. early. It will be accelerated for those who have unhealthy habits such as smoking and heavy drinking. More at risk are those trying to maintain a slim figure, who sometimes prefer to put on tight underwear. This will put extra pressure on the body and will likely affect the normal development of the ovaries. In the worst case, it could also damage them, leading to premature aging.

Dr. He pointed out that, especially for teenage girls, wearing pantyhose is not only detrimental to the development of the body, but can also lead to the occurrence of diseases such as breast hyperplasia or cysts. Moreover, excessive psychological pressure in life and workplace, such as staying up late, etc., will also affect the health of ovarian function and make it more prone to premature ovarian failure.

TCM starts treatment from the kidneys

Dr. He said that in TCM, treatment for premature ovarian failure focuses primarily on the kidneys. This includes, tonifying the kidneys and invigorating blood flow, nourishing the kidneys from any deficiency, and simultaneously soothing the liver and regulating menstruation so that qi (life energy) and blood are full. With all of this in place, it can improve ovarian function and restore menstruation, to some extent. “In the treatment of premature ovarian failure, Chinese medicine does not limit itself to creating a favorable internal environment for pregnancy, it also seeks to improve various symptoms of menopause and promote recovery.”

Dr. He said, according to the “Huang Di Nei Jing (the first edition of TCM theories dated before the 2nd century BC). At 14, the age of menarche, the Ren meridian is opened, the Tai Chong meridian becomes fully developed, and then the menstrual period begins. Changes in menstrual physiology and female reproductive function are all governed by the kidneys, and its natural process of gradual maturity, followed by complete and gradual decline and exhaustion, exhibits a law of nature consistent with age. The normal functioning of menstrual physiology depends on the reconciliation of qi and blood from the viscera.

The kidneys are somehow intimately related to the heart, liver, spleen, and lungs. While the kidneys store the reserve of essence that the body needs, the liver stores blood and the spleen generates it. The heart controls blood flow, the lungs control qi, and qi carries blood. These few organs are therefore physically linked and interdependent with each other. Any deficiency in kidney yin (the inherent ingredient in dark matter), deficiency in qi or blood, or simply low qi in the kidneys could all be contributing factors to the onset of premature ovarian failure.

Dr He added that stress is also still a key factor. It will affect endocrine function, so we also need to pay attention to the need to soothe the liver. To make circulation smooth, eliminate phlegm, regulate qi and activate blood is almost indispensable. She introduced that the most commonly used medicinal substances for the treatment of premature ovarian failure include prepared Rehmannia root, Cuscuta chinensis, Angelica sinensis, Epimedium folium, Cornus officinalis, etc. A local TCM practitioner might advise you which one to try.

Best effect when combined with a suitable dietary supplement

The homology of drugs and foods plays a certain positive role in the treatment of premature ovarian failure. Dr. He suggested that patients with premature ovarian failure could also be supplemented with dietary therapy alongside traditional Chinese medicine treatment. In the diet, make sure that there are the necessary proteins, preferably high-quality ones, fats and carbohydrates. At the same time, proper supplementation of B-type vitamins, vitamin C, vitamin E, as well as trace elements zinc and calcium can support the female reproductive system well.

She suggested that patients should eat more nutritious colloidal animal parts such as chicken feet, pork skin, sea cucumber, and jellyfish skin; plants such as kelp, seaweed, yam, mushrooms (black or white), Kappaphycus, … Also pay attention to consuming less fat but high fiber foods, such as taking more natural fruits and vegetables, less ‘cold and raw food, because this type of food will cause damage to the “yang qi” of the spleen and stomach. This is especially the case for people born with symptoms of “yang qi” deficiency.

Dr. He pointed out that it doesn’t matter whether you are fat or thin, engaging in moderate physical activity can always improve your physique. It’s even better if the activities also involve pelvic movements. In this case, there is an improvement in metabolism and blood circulation through various organs of the body, which, to some extent, keeps the ovaries in better condition.

Ellen Wan has worked for the Japanese edition of The Epoch Times since 2007.