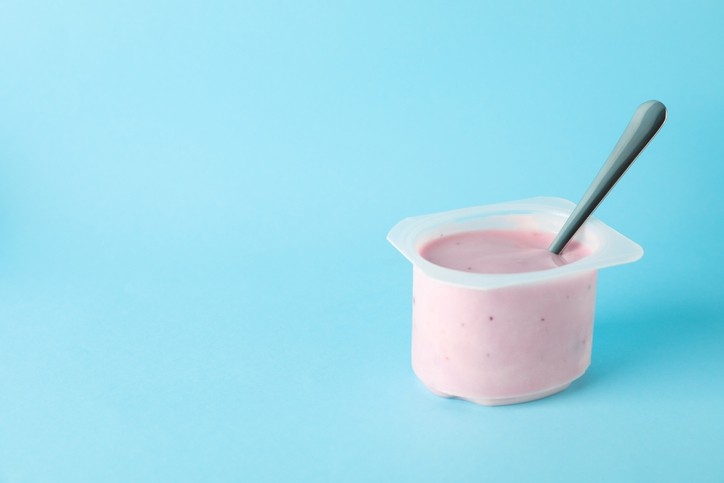 Probiotic yogurt may hinder the progression of liver disease

Iranian researchers are recruiting 68 patients with NAFLD, who will be randomly assigned to receive either 300g of probiotic yogurt daily or 300g of plain yogurt.

The researchers hypothesize that manipulating the microbiome may have positive effects because current weight loss regimens have limited long-term success.

“Changes in the composition of the gut microbiota, called dysbiosis, are strongly associated with the development and progression of NAFLD.​

NAFLD is the most common type of chronic liver disease worldwide, which can lead to simple steatosis, non-alcoholic steatohepatitis (NASH), and fibrosis.

NAFLD can eventually progress to cirrhosis or carcinoma of the liver, in addition to having associations with insulin resistance, lipotoxicity, inflammation, and obesity.

These researchers suggest that probiotics may impact disease progression through the process of fermentation and production of short-chain fatty acids via the gut-liver axis.

This affects inflammatory, antioxidant and gene expression pathways, through which they could prevent the progression of liver damage.

Researchers will undertake a series of tests throughout the trial to measure glucose, insulin and liver markers, including levels of fatty liver and liver fibrosis.

The researchers added: “​Probiotics have been suggested as a new strategy in the management of NAFLD. Their effects could be mediated by the modification of the intestinal microbiota and the production of short-chain fatty acids. ​

“The consumption of probiotic-fortified foods, rather than their supplements, could be a cost-effective method for long-term use in these patients. In the case of the discovery of the beneficial effects of probiotic yogurt consumption in the clinical trial ongoing, its inclusion in the diet of NAFLD patients may be recommended.​

“The effect of daily consumption of probiotic yogurt on liver enzymes, steatosis and fibrosis in patients with non-alcoholic fatty liver disease (NAFLD): study protocol for a randomized clinical trial”​