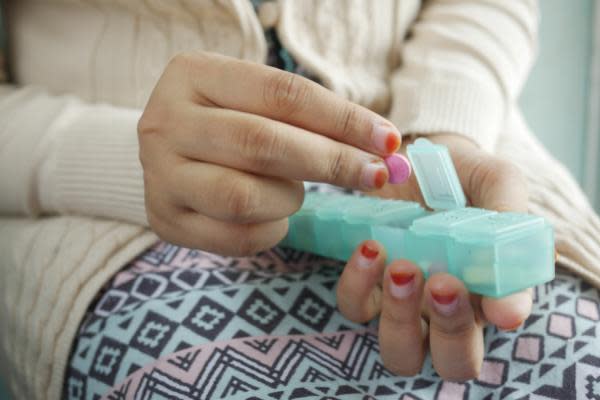 Liver diseases like cirrhosis and non-alcoholic steatohepatitis (NASH) are deadly and afflict millions of Americans with debilitating mental and physical symptoms that gradually worsen each year. Axcella Health Inc. (NASDAQ: AXLA), a clinical-stage biotechnology company focused on developing improved treatments for complex, underserved diseases, has made exciting progress in developing two potential treatments for liver conditions. Despite the severity and prevalence of these conditions, there has so far been a lack of drugs available to treat them comprehensively. Axcella hopes to change that with its pipeline of drug candidates that use amino acids and their derivatives to target multiple factors that lead to complex and difficult-to-treat diseases like NASH and overt hepatic encephalopathy, which is severe cognitive impairment caused. by cirrhosis.

Unlocking the Potential of Endogenous Metabolic Modulators for Liver-Related Conditions

Many diseases result from the disruption of a single pathway or gene in the body. Others are multifactorial – meaning they have multiple causes – which has historically made them difficult to develop treatments, especially treatments that can comprehensively address the multiple complications that accompany them.

Because of these challenges, some conditions, like non-alcoholic steatohepatitis (NASH), have no approved treatment, while others, like overt hepatic encephalopathy (OHE), have treatments that only target one drivers of the disease, leaving other complications unaddressed. .

Axcella is developing endogenous metabolic modulator (EMM) compositions that can simultaneously and safely target multiple metabolic pathways. As a result, these unique EMM compositions have the potential to treat a wider range of underlying causes and symptoms.

AXA1125 from Axcella for NASH

One of these EMM combinations is AXA1125, Axcella’s drug candidate for the treatment of non-alcoholic steatohepatitis (NASH). NASH is a progressive disease in which the liver cannot properly break down fatty acids and carbohydrates. This leads to a buildup of fat in the liver and resistance to insulin which causes inflammation, cell death, and fibrosis.

If left untreated, NASH can continue to get worse and can lead to cirrhosis, liver failure, heart failure, liver cancer, and death.

AXA1125 combines six amino acids and derivatives that together have been shown to have the potential to increase insulin sensitivity, reduce inflammation, and promote glucose uptake. By targeting these various metabolic processes, the drug candidate shows the potential to prevent liver fat accumulation and insulin resistance while simultaneously targeting factors of liver inflammation and fibrosis (liver scarring) .

With nearly 870 million patients worldwide estimated to have NASH and expectations that this population will continue to grow rapidly, analysts expect the market for effective active disease treatments to reach 13. billion by 2030. Axcella’s AXA1125, currently in a Phase 2b clinical trial, is poised to be a unique treatment in this large but underserved market.

Axcella AXA1665 for overt hepatic encephalopathy

Another exciting drug candidate in Axcella’s pipeline is AXA1665, an EMM composition under development to treat overt hepatic encephalopathy (OHE). HEO is a common complication of cirrhosis that results from the liver’s inability to filter toxins from the blood. As a result, these toxins accumulate and cross the blood-brain barrier, causing HEO. Patients with OHE suffer from confusion, severe personality changes, inappropriate behavior, hand tremors, drowsiness, and other mental and physical problems.

Although two treatments for HEO have been approved, they only focus on reducing ammonia levels in the body, which helps relieve mental symptoms and reduces the risk of hospitalization and death. However, there is still an urgent need for a drug that can offer more significant and consistent long-term improvements in the health and symptoms of patients with OHE.

This could mean fewer mental and physical symptoms for patients, fewer hospitalizations, and a better overall quality of life.

The global market for OHE treatments is already estimated at around $ 1 billion, and if approved, a treatment like AXA1665 has the potential to increase the size of this market by more fully meeting the needs of patients with this illness.