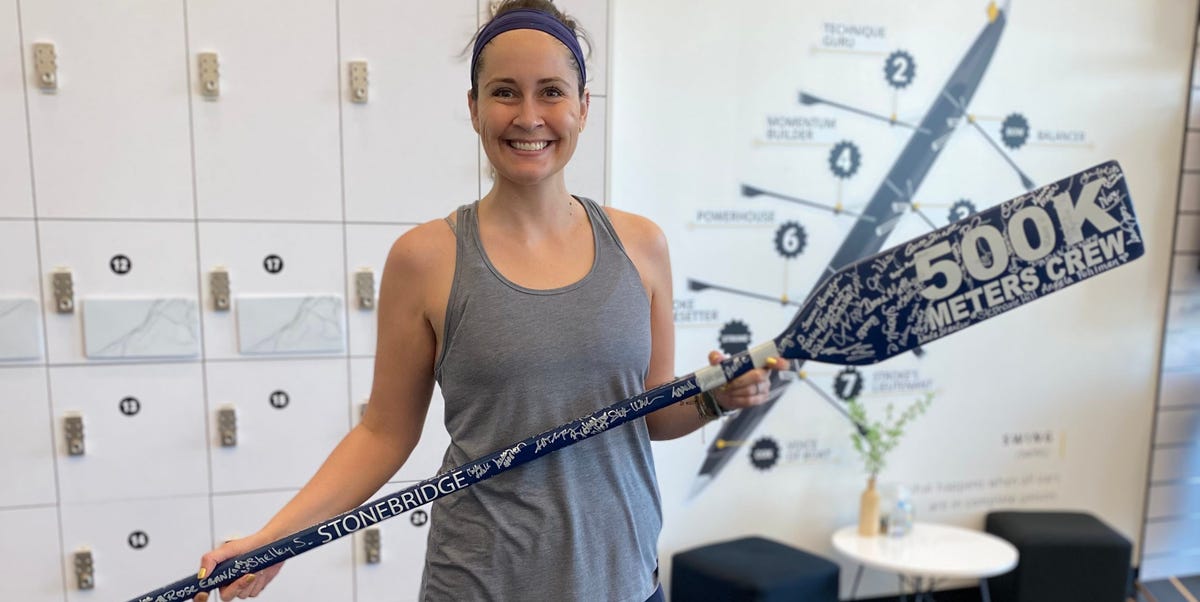 Rowing helped this woman bounce back after diagnosed with liver cancer

In December 2019, I was diagnosed with liver cancer. There was no history of cancer in my family and I had no underlying health issues, so to say I was surprised would be an understatement.

The chances of survival for liver cancer are extremely slim. In all respects, I shouldn’t be here today. Rowing has helped me recover from the ravages cancer has taken on my body.

My treatment was long and hard

My first treatment was to lie on my back for five consecutive days. I had a stent placed that directed the chemo through my main hepatic artery to my liver. I have done this four times. I left the hospital every month limping, weak and tired. But I was able to recover a little between each treatment.

After my four cycles of chemotherapy, the doctors determined that I needed a liver transplant to complete the process and completely remove the cancer. Otherwise, the risk of recurrence would have been high.

The surgery was a success, but we had a long road to recovery.

The day after the operation, the nurses made me stand up and walk as soon as I could. We had small goals of walking up to the ice maker, then into each other’s rooms and around the floor.

My team of doctors had me undergo systemic chemo afterwards. I went to the hospital for infusions and took chemotherapy pills.

My body didn’t do very well with all of this. I had extreme side effects which led to acute kidney failure.

Since kidney failure, my GFR numbers have improved. At the moment, they are fabulous. While waiting to get off a plane in Florida, I even got a call from my oncologist, who said he believed I was healed.

The cancer was gone, but my body had taken its toll

After about a year of treatment, my body was weak. Throughout my life, I have never been physically active. I always felt like it was a chore so I never stuck with anything.

I started going to a chiropractor for some

, and he mentioned rowing as a great low impact workout that also strengthens your core. I called a friend and asked her if she wanted to try rowing with me.

We walked into a rowing studio in March and groped our first lesson. We kept going back and working on our form. The entire studio team were welcoming and accommodating to my physical condition. They encouraged us and made us come back.

Rowing not only strengthens my body, but also gives me achievable goals to mark my progress. I often leave the studio, amazed at how far I have come in a year. I have already completed a half marathon and am aiming for a full marathon in February.

Whenever I want to give up or stop rowing, I think about the times I was lying on my back in the hospital fighting for my life, and I push those thoughts away – grateful to be alive and be able to row and move my body without disease or pain.

I would never wish cancer on anyone, but the way it has enriched my life and made me a stronger person is immeasurable.

Scientists have created living “xenobots” that replicate themselves