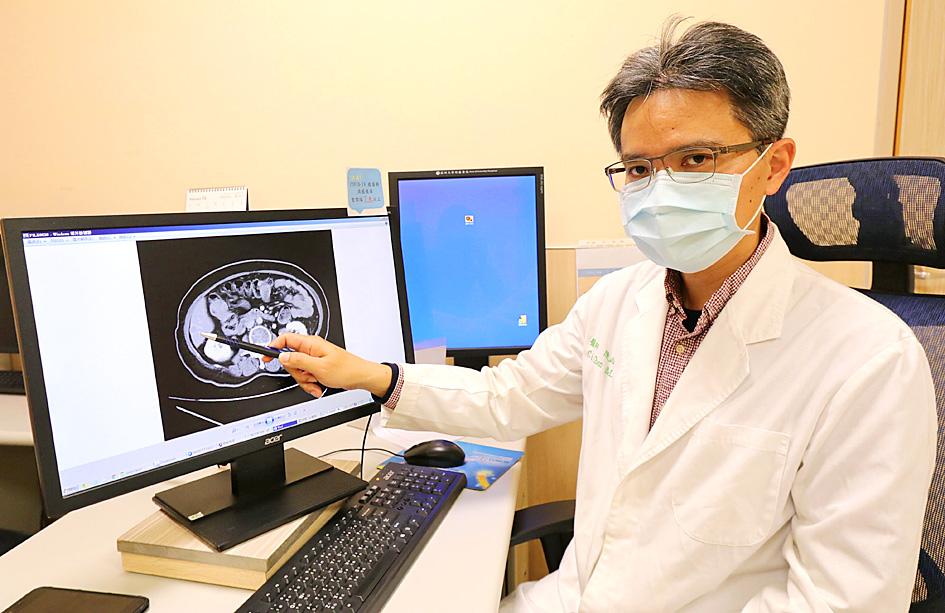 Spots on palms could be a sign of liver cancer: doctor

Red spots on the palm of the hand could be a sign of liver cancer, a Taichung-based doctor said on Thursday.

Liver cancer is rarely detected in the early stages when medical intervention is most likely to be successful, said Chen Cheng-kuo (陳政國), a gastroenterologist at Asia University Hospital.

This is because the liver lacks pain receptors, making it necessary to look for other symptoms to detect the disease, he said.

Symptoms include “liver palms,” which refer to red patches or spots at the base of the thumb, spidery lines of inflamed capillaries that radiate from blemishes on the chest or in the extremities, and jaundice, a- he declared.

Varicose veins on the abdomen and swelling in the hands and feet are also signs of liver disease, including cancer, Chen said.

Citing an example, he said a 64-year-old woman nicknamed Chao (趙) was recently taken to hospital by her daughter who suspected her mother might have cancer after seeing red spots on Chao’s palms. .

Ultrasound and magnetic resonance imaging detected a liver tumor, which was surgically removed, he said, adding that the woman is now recovering.

People with hepatitis B or C should be checked regularly, as the disease is closely linked to cirrhosis and liver cancer, Chen said.

A 1cm liver tumor can triple in size in four to six months and metastasize within a year, he said.

This means people with hepatitis B or C should be screened every four to six months, he added.

Comments will be moderated. Keep comments relevant to the article. Remarks containing abusive and obscene language, personal attacks of any kind or promotion will be removed and the user banned. The final decision will be at the discretion of The Taipei Times.

For cancer patients on immunotherapy, harmful gut bacteria may be more important than helpful bacteria