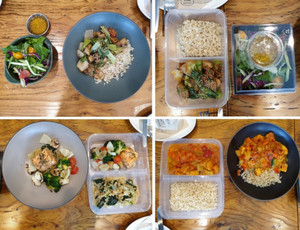 The research team, led by Professor Lee Ji-won of the Department of Family Medicine, revamped the existing Mediterranean diet to make it more suitable for Korean patients.

KMD provides approximately 300 calories less and contains carbohydrate, fat and protein in a 5: 3: 2 ratio, reducing carbohydrates and increasing fat and protein compared to the original Mediterranean diet. In addition, the researchers took into account the general diet of Koreans and included an appropriate ratio of omega-3 and omega-6 fatty acids.

In the study, the research team divided 92 people with symptoms of high cholesterol into two groups. He then provided the KMD and the existing Mediterranean diet for 10 weeks to see how the two different diets improve symptoms.

The research team served the targeted group with KMD twice a day for four weeks, followed by a two-week break, and provided a normal diet for the next four weeks. However, the controlled group followed a regular diet for the first four weeks and started taking KMD after a two week break.

The researchers found that the participants lost 1.76 kilograms on average with a reduction of 1.73 centimeters in their waistlines.

The results of the study were published in Nutrients, an international academic journal, titled “Effects of a Calorie-Restricted Mediterranean-Style Diet on Plasma Lipids in South Korean Hypercholesterolemic Patients”.

Side effects of statins include hepatitis

Intellia Therapeutics Receives Orphan Drug Designation from US FDA for NTLA-2001, an Investigational CRISPR Therapy for the Treatment of Transthyretin Amyloidosis (ATTR)

Kidney disease research supported by the Department of Defense