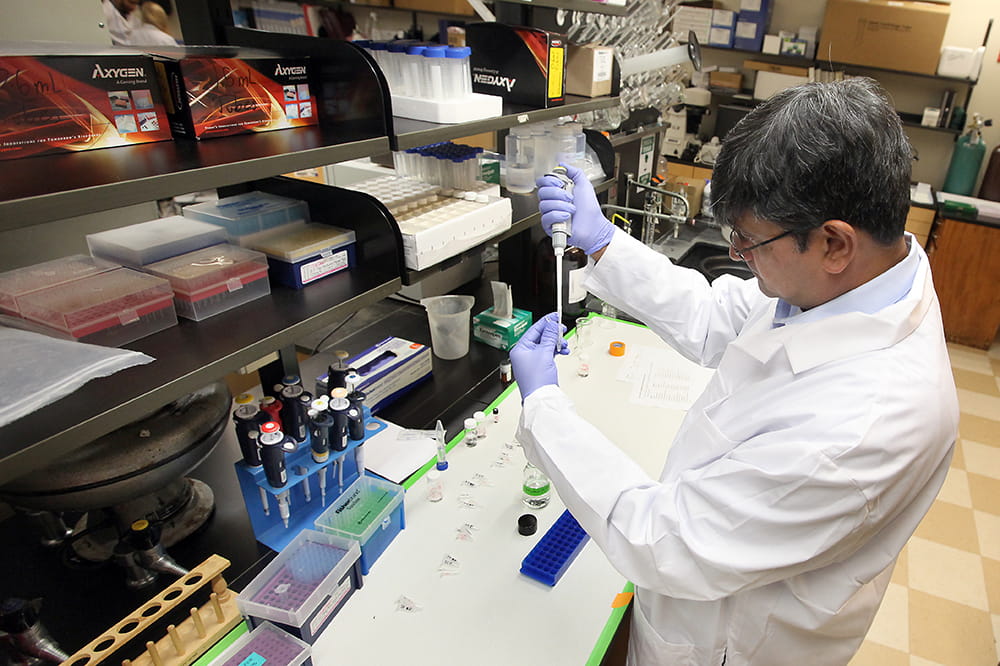 Researchers at the Medical University of South Carolina (MUSC) report in Molecular Cancer Research that they have identified specific sugar structures that correlate with different subtypes of hepatocellular carcinoma, the most common form of breast cancer. liver. The ability to distinguish between hepatocellular carcinoma subtypes could lead to earlier detection and more targeted therapies for the disease.

“We thought of all liver cancers as being the same and using the same diagnostic tool for everyone,” said Anand Mehta, Ph.D., lead author of the article and professor in the Department of Cellular Pharmacology and molecular and experimental studies of MUSC. Therapeutic. â€œAnd that’s a huge limitation in early diagnosis. This is the biggest obstacle right now.

Diagnostic tools better able to distinguish hepatocellular carcinoma subtypes would help earlier detection and could lead to more personalized therapies. This approach is already being used for breast cancer and other cancers, and Mehta believes it might work for liver cancer as well.

About 60% of the proteins in the human body contain sugars. These specific sugars, N-glycans, evolve in a cancerous environment. For example, imagine that you decide what outfit to wear based on the temperature outside. In normal tissues, proteins are “decorated” with specific sugars, eg a thick layer for winter conditions. In a tumor, regardless of the environment, proteins are supplemented with random sugars, for example, a thick coat and a hat for the summer. Mehta and her lab used these specific “outfits” to distinguish the three genetic subtypes of hepatocellular carcinoma.

“This is the first evidence to show that the genetic subtypes of cancers affect the sugar profile you’ll see,” said Andrew DelaCourt, PhD student at the Mehta lab and lead author of the article.

DelaCourt found particularly interesting that the biomarker currently used to screen for hepatocellular carcinoma is able to detect only one of the two aggressive subtypes studied by the team, thus reducing the likelihood of the disease being detected early in people with this condition. -type. The researchers found that a particular sugar, fucose, is associated with the other aggressive subtype and could be used as an early detection biomarker.

For this study, Mehta and DelaCourt identified sugars in hepatocellular carcinoma tumors, using a technique developed at MUSC that relies on advanced MALDI-IMS imaging technology, which works by determining the mass of sugars that are cleaved from a tissue sample. With this information, Mehta’s lab was able to identify which sugars correlated with which hepatocellular carcinoma tumor subtype.

In the future, the team wants to expand this research by studying whether it can identify subtypes of hepatocellular carcinoma using blood samples from patients. A blood diagnosis would have several clinical advantages. It would be much less invasive because it would not require patients to undergo a tumor biopsy. It might also be more easily interpreted, as blood sugar levels can be assessed using widely available techniques.

â€œThe aim is to analyze the similarity between changes in sugars in blood and tumor tissue,â€ Mehta said. â€œThis is the next step towards clinical relevance. “