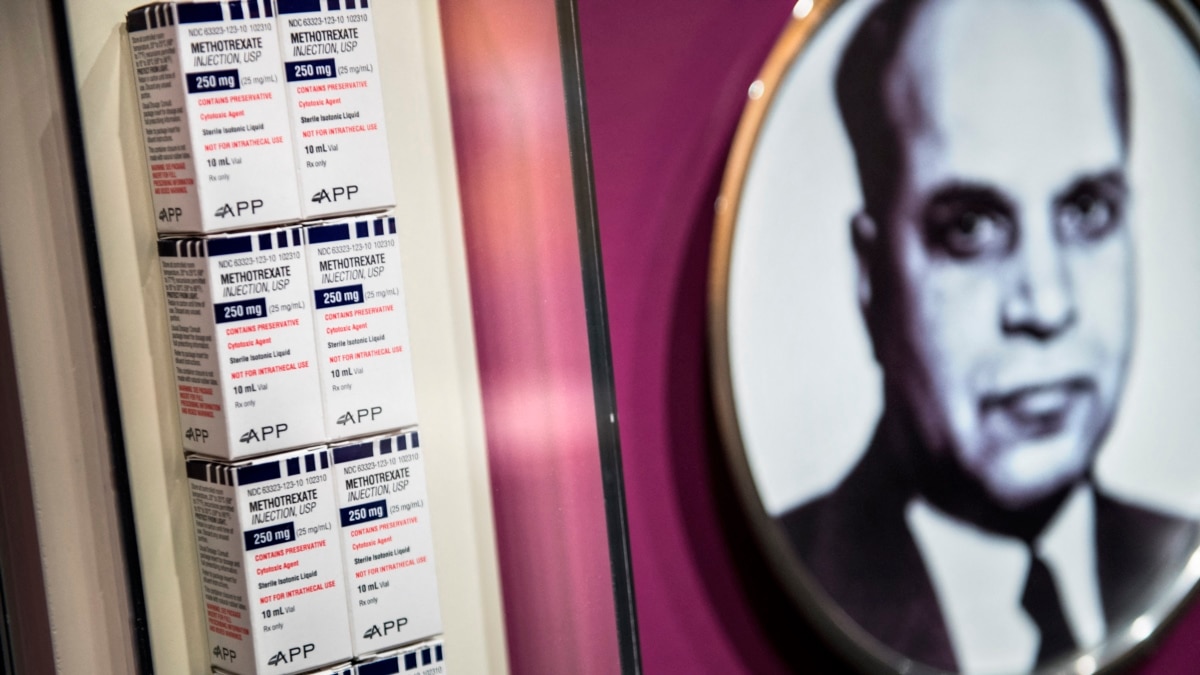 When Melissa, a nurse from the US state of Alabama, picked up her usual prescription medication for rheumatoid arthritis last week, she was told the medication was on hold while the pharmacist checked that she wasn’t going to use it to induce an abortion.

“He said, ‘Well, I need to check if you’re on any contraceptives to prevent pregnancy. “

Melissa, who is in her 40s and asked to be identified only by her first name for fear that speaking would affect her livelihood, then called her doctor, who managed to get the drug released by the state pharmacy. of the southern United States.

“I picked it up a few hours later, but I felt violated,” she told AFP. She said she had a hysterectomy six years ago and her lack of recent contraceptive history might have led the pharmacist to suspect she was pregnant.

Consequence of the court decision

Stories of people facing similar struggles have emerged in the weeks since the U.S. Supreme Court overturned Roe v. Wade on June 24, underscoring an overlooked consequence of the new state-level bans. or severe restrictions on abortion.

It’s not yet clear how widespread the cases are, but national organizations including the Lupus Foundation of America and the American College of Rheumatology have said they are aware of the concerns and are asking those affected to come forward. .

“The Arthritis Foundation supports unfettered access and coverage of FDA-approved medications for the management of arthritis in accordance with scientific and clinical guidelines, as well as evidence-based medical recommendations,” the organization said. .

At issue is methotrexate, a drug that tempers inflammation and is commonly used for autoimmune diseases, including inflammatory arthritis, psoriasis and lupus.

Methotrexate stops cell division and is given in higher doses as an anticancer drug.

It can also sometimes be used in medical abortions, but not as frequently as the Food and Drug Administration-approved combination of two other drugs, mifepristone and misoprostol.

Nevertheless, many states have passed laws with threats of legal action against healthcare workers and pharmacies supplying methotrexate.

Another woman contacted by AFP, a 20-year-old university student from Ohio, said she had been prescribed methotrexate since 2020 to treat her lupus, which affects her kidneys and liver and causes joint pain. .

A national chain pharmacist told him that they “no longer accept prescriptions for methotrexate unless it’s for the FDA-approved use of [treating] breast cancer, or the patient was presumably not fertile,” she said.

She tried again, unsuccessfully, to have her prescription filled at a family pharmacy and this week received a letter from her doctor’s office stating that the office would no longer prescribe methotrexate due to the number of patients having difficulty taking it. to access.

Although the first pharmacy later changed position, the experience left her “annoyed and angry”, she said.

A third woman, Jennifer Crow, 48, a writer and gardener in Tellico Plains, Tennessee, told AFP she received a robocall from CVS Pharmacy saying her methotrexate refill had been declined “pending supplier’s approval”.

Crow said methotrexate helped her tremendously manage her inflammatory arthritis, allowing her to get out of bed and get dressed without severe pain, and to walk without a cane for the first time in years.

Although her doctor was able to resolve the situation, Crow, who also had a hysterectomy, said she worries about other people with chronic conditions who don’t have the same access to resources as her.

In statements to AFP, national pharmacy chains CVS and Walmart confirmed they were working to comply with new state regulations in light of the High Court’s decision to revoke the constitutional right to abortion.

“We encourage providers to include their diagnosis on the prescriptions they write to ensure patients have quick and easy access to medications,” CVS added.

Alisa Vidulich, director of policy at the Arthritis Foundation, told AFP she hoped the situation could be rectified quickly as healthcare professionals and pharmacies draw up new guidelines.

“But that may not be the case in every state, and it may actually become a longer-term problem,” she said.

Melissa, the nurse, said she was furious at the double standard that allowed one of her best friends, who is a man, to have his methotrexate prescription filled immediately with no questions asked.

“We’re going in the wrong direction and it’s terrifying. I have two daughters. I don’t want to see that,” she said.

Risk of hepatitis B and liver cancer: symptoms, treatment, prevention