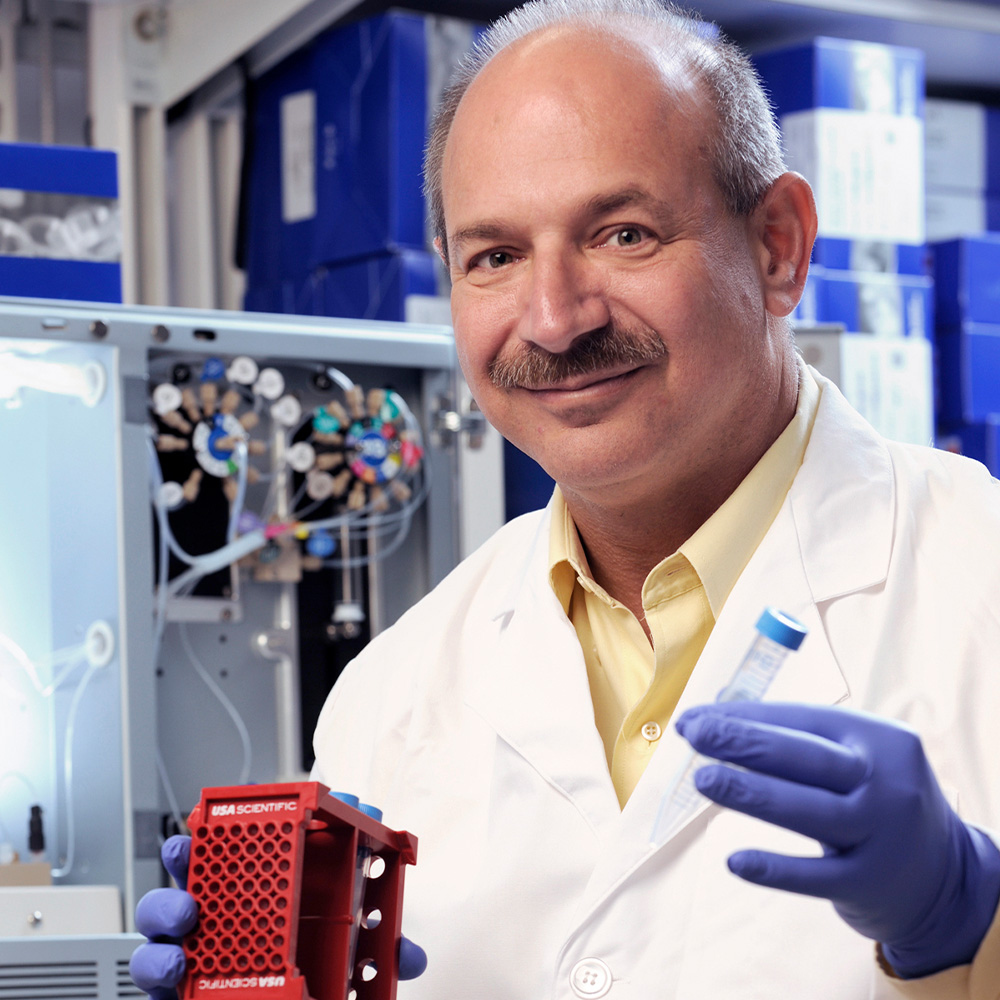 “We have identified a rare non-obese mouse model of NAFLD caused by GM4951 deficiency. This study lays the groundwork for the future development of approaches to activate the gm4951 counterpart to combat NAFLD,” said the lead author Zhao Zhang, Ph.D., Assistant Professor in the Center for Host Defense Genetics and the Division of Internal Medicine Endocrinology. The findings appear in Nature Communication.

The Host Defense Genetics Center is led by Bruce Beutler, Ph.D., Professor Regental and one of four Nobel Laureates at UT Southwestern. Dr. Beutler was awarded the 2011 Nobel Prize in Physiology or Medicine for discovering an important family of receptors that allow mammals to detect infections when they arise, triggering a powerful inflammatory response. Dr. Beutler has also developed the largest mouse mutagenesis program in the world, as well as an advanced genetic screening platform that allows Center researchers to screen for more than half of all genes in the mouse genome. In addition to a means of instantly identifying the mutations responsible for quantitative and qualitative phenotypes, the program enables the rapid discovery of many new components of the immune system.

“This study identified a potential human homolog of mouse GM4951 and the interaction of GM4951 with another human NAFLD/NASH-associated protein HSD17B13, suggesting that the finding is likely conserved in humans,” said Dr. Zhang. , whose laboratory is trying to understand the molecular mechanism. metabolic diseases, with the underlying aim of translating this knowledge into new therapeutic strategies.

The current study is based on the Advanced Genetic Screening Platform, which allowed researchers to identify two semi-dominant allelic missense mutations (oily and carboniferous) of gm4951 and define a critical role for GTPase-mediated translocation in hepatic lipid metabolism. Among their findings, the researchers found that loss of GM4951 causes NAFLD without obesity, GM4951 promotes lipid oxidation to prevent lipid accumulation in the liver, and GM4951 functions as a GTPase to translocate HSD17B13 into lipid droplets.

GM4951 is a poorly characterized protein, and this study defined GM4951’s role as a GTPase involved in lipid oxidation, Dr. Zhang said. GM4951-deficient mice developed nonalcoholic fatty liver disease on a high-fat diet with no changes in body weight or glucose metabolism, the researchers noted.

An estimated one-quarter of adults in the United States have non-alcoholic fatty liver disease (NAFLD), excess fat in liver cells that can cause chronic inflammation and liver damage, increasing the risk of liver cancer, d liver failure and requiring a transplant. NAFLD has become the most common cause of liver disease worldwide. Over the past few decades, it has been suggested that changes in lifestyles clearly drive the risk of NAFLD prevalence. However, liver fat content varies significantly between individuals with equivalent adiposity, indicating that genetic factors contribute to the development of NAFLD. Dr. Zhang’s lab is studying more than 20 genes in which mutations affect liver triglycerides without changes in body weight to identify new mechanisms of NAFLD.

UT Southwestern has several lines of research into the unknown causes of non-alcoholic fatty liver disease as well as potential treatments. Among them:

UT Southwestern, one of the nation’s leading academic medical centers, integrates pioneering biomedical research with exceptional clinical care and education. The institution’s faculty has received six Nobel Prizes and includes 26 members of the National Academy of Sciences, 17 members of the National Academy of Medicine, and 14 researchers from the Howard Hughes Medical Institute. Full-time faculty of more than 2,900 are responsible for groundbreaking medical advances and committed to rapidly translating scientific research into new clinical treatments. UT Southwestern physicians provide care in more than 80 specialties to more than 100,000 inpatients, more than 360,000 emergency room cases, and oversee nearly 4 million outpatient visits annually.