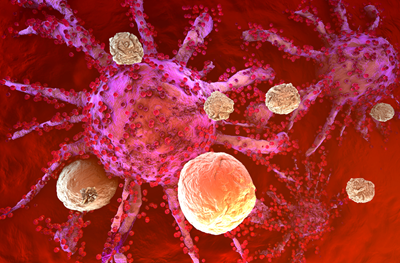 Experimental immunotherapy can temporarily reprogram patients’ immune cells to attack a specific target via a single injection of messenger RNA (mRNA), similar to mRNA-based COVID-19 vaccines, according to a new study by Perelman researchers School of Medicine at the University of Pennsylvania.

The researchers, whose work was published Jan. 6 in Science, demonstrated the new approach with an mRNA preparation that reprograms T cells, a powerful type of immune cell, to attack cardiac fibroblasts. Heart failure is often caused in part by these fibroblasts, which respond to heart damage and inflammation by chronically overproducing fibrous material that stiffens the heart muscle, impairing heart function – a condition called fibrosis. In experiments on mice that model heart failure, the reduction in cardiac fibroblasts caused by the reprogrammed T cells led to a dramatic reversal of fibrosis.

“Fibrosis underlies many serious disorders, including heart failure, liver disease, and kidney failure, and this technology could prove to be a scalable and affordable way to address a huge medical burden.” , said lead author Jonathan A. Epstein, chief scientific officer. at Penn Medicine and Executive Associate Dean and William Wikoff Smith Professor of Cardiovascular Research at the Perelman School of Medicine. “But the most notable advancement is the ability to engineer T cells for a specific clinical application without having to remove them from the patient’s body.”

The new technique is based on chimeric antigen receptor (CAR) T cell technology, which until now has required harvesting T cells from a patient and reprogramming them genetically in the laboratory to recognize markers on specific cell types in the body. These specially targeted T cells can then be multiplied using cell culture techniques and injected back into the patient to attack a specific cell type. The first CAR T cell therapy was developed by researchers at Penn and Children’s Hospital in Philadelphia and approved by the US Food and Drug Administration in 2017 for use against certain leukemias – and later approved for lymphoma – which originate immune cells called B cells.

Although CAR T cell technology is currently used primarily to treat cancers, with dramatic results in many otherwise hopeless cases, its developers have long considered exploiting the approach for other diseases. Indeed, Dr. Epstein and colleagues showed in a 2019 study that the standard CAR T cell approach can be used to attack overactive cardiac fibroblasts and restore heart function in a mouse model of heart failure.

However, this standard CAR T cell strategy would be problematic when directed against heart failure or other fibrotic diseases in humans. Fibroblasts have a normal and important function in the body, especially in wound healing. CAR T cells that are genetically reprogrammed to attack fibroblasts could survive in the body for months or even years, suppressing the fibroblast population and impairing wound healing during that time.

Therefore, in the new study, Dr. Epstein and his colleagues developed a technique for a more temporary and controllable type of CAR T cell therapy, and much simpler procedurally. They engineered an mRNA that codes for a T-cell receptor targeting activated fibroblasts and encapsulated the mRNA in tiny, bubble-like lipid nanoparticles (LNPs) that are themselves coated with molecules that target the T-cells. This technology is also crucial for the COVID-19 mRNA vaccines currently in use around the world.

“Standard CAR T cell technology involves modifying patient T cells outside the body, which is expensive and difficult to scale up for common diseases or for use in less affluent countries,” said study co-author Drew Weissman, a Roberts family professor of vaccine research. at Penn. “Building functional CAR T cells inside the body greatly extends the promise of the mRNA/LNP platform.”

Scientists found that despite this brief duration of activity, injections of the mRNA into mice that model heart failure successfully reprogrammed a large population of mouse T cells, causing a major reduction in cardiac fibrosis. in animals and a restoration of near normal heart size. and function without evidence of continued anti-fibroblast T cell activity one week after treatment.

With Drs. Epstein and Weissman, other co-corresponding authors are Haig Aghajanian, co-founder and vice president of research at Capstan Therapeutics; and Hamideh Parhiz, assistant research professor of medicine at Penn. Joel Rurik, the lead author, is a PhD candidate in Dr. Epstein’s lab.

Funding for the study was provided by the National Institutes of Health.

Adapted from a Penn Medicine News Article from January 6, 2022.