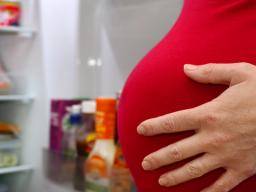 Your Mom’s Diet May Influence Your Liver Health

Non-alcoholic fatty liver disease is a serious and growing problem. Previously linked to obesity, a new study also links it to maternal obesity — meaning what your mother ate during pregnancy can affect your liver’s future health.

Non-alcoholic fatty liver disease (NAFLD) is characterized by an accumulation of fat in liver cells. Although it is normal to have fat in the liver, if there is an excessive amount of it, it can lead to liver scarring and cirrhosis.

Cirrhosis describes a process in which liver cells are gradually replaced by scar tissue, which interferes with the liver’s ability to function effectively.

NAFLD is thought to affect people in the western world, and that level seems to be on the rise.

People with type 2 diabetes and morbid obesity are among the most affected; in these groups, the NAFLD rates are 70 and 90%, respectively.

Although some of the risk factors are understood, it is not always clear why one person develops NAFLD when another similar person does not. Due to the growing prevalence of NAFLD, much research is currently being done to try to understand the pathways behind the disease.

The latest research comes from a team led by Dr. Michael Thompson, Ph.D., a pediatric endocrinology researcher at Nationwide Children’s Hospital in Ohio. The results are being presented today at the Experimental Biology 2017 meeting, held in Chicago, IL.

Using a mouse model, the research is exploring the effect, if any, of a maternal high-fat diet on offspring liver health.

Dr. Thompson explains the reasons for his decision to embark on the current project: “The complications of obesity represent a significant financial burden on the medical system, especially given the prevalence of obesity. Understanding how maternal exposures affect obesity-related diseases such as non-alcoholic fatty liver disease will allow us to develop lower-cost preventative therapies to be used early on rather than waiting for complications later.

After analyzing the data, they found that exposure to a high-fat diet during development caused changes in the liver that persisted into adulthood. These changes remained even if the offspring were fed a low-fat diet after birth.

If this effect is confirmed in humans, it would mean that someone with a healthy weight could still be at risk for NAFLD if their mother had been obese during pregnancy.

When the team dug deeper into the data, they found that bile acid levels and the genes involved in its regulation were altered in the offspring of obese mothers. This suggests the offspring may have cholestasis, a condition in which the normal flow of bile is interrupted.

“If human offspring of obese mothers have a similar risk of developing fibrosis as we see in mice, maybe we can predict who will develop more severe disease.

Knowing who is most at risk of developing more severe disease will guide us on which patients need to be treated more aggressively. Moreover, understanding the biological mechanisms involved in this increased risk could lead to preventive therapies.

The results will need to be confirmed, but they open the door to a host of new questions. Thompson and his team are now planning research to further investigate the risk of disease progression. Using the same mouse model, they are also designing studies that will look at preventative therapies that can be given during pregnancy or soon after birth.

Due to rising rates of NAFLD, research in this vein is expected to continue at a rapid pace. Preventing or slowing down this condition could have huge health benefits for the population as a whole.

Find out how eating meat can increase the risk of developing NAFLD.

6 easy ways to get this vital organ in shape